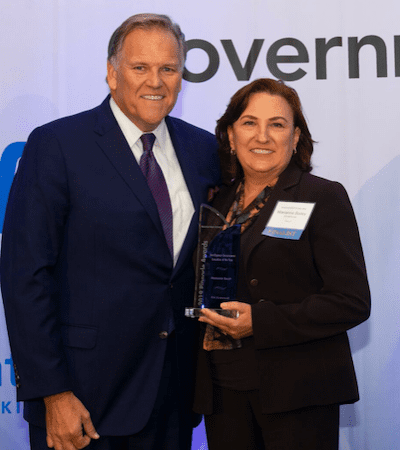 Bailey has more than three decades’ experience protecting the nation’s critical security systems, including having served in the Pentagon’s chief information officer office as the principal director for cybersecurity.

Additionally, she has served in various management and engineering positions across the intelligence community.

In 2018 at NSA, Bailey partnered with critical stakeholders to lead the development and execution of a comprehensive strategy for the largest cybersecurity and cryptographic modernization program in two decades. The scope ranged from national nuclear armament to more than 4 million secure communication capabilities globally deployed.

At the same time, she led the reallocation of about 15% of the workforce to high-priority challenges, developed a strategy to drive cybersecurity workforce health and kicked off an effort that eventually led to standing up a new Cybersecurity Directorate.