You are at:Home»Execs to Know»SOSi’s Julian Setian is Building Company to Last 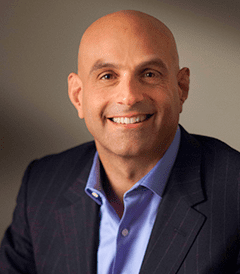 SOS International LLC President and CEO Julian Setian has essentially held the same job for nearly 25 years, but his job has evolved quite a bit over time. “What my job looks like today is very different than what my job looked like 20 years ago,” Setian told WashingtonExec.

Setian’s mother founded SOSi out of her home in 1989, and Setian joined the company in 1995 after obtaining a bachelor’s degree in political science from Columbia University. But this wasn’t always the path Setian envisioned.

“My aspiration was to become a journalist,” he said. “Specifically, I wanted to be a war photographer.”

Even though he didn’t become a professional photojournalist, Setian clearly didn’t miss out with his chosen path.

“It’s kind of ironic that a handful of years later, I found myself as close — and probably closer — to the wars in Iraq and Afghanistan as any photojournalist would ever get,” he said.

Setian’s mother, a former university language professor with master’s degrees in applied linguistics and ethnomusicology, a subset of cultural anthropology, founded SOSi to provide foreign language services to the federal law enforcement community. The company remained relatively small until 9/11, when the lack of foreign language expertise in the federal government became front-page news.

“The fact that the government didn’t have enough foreign language speakers was one of the main gaps cited for the intelligence failures that led to 9/11,” Setian said.

By virtue of a subcontract the company held with a company called Bersoff Technology Group on a contract to provide contract interpreters for global, contingency U.S. military operations, SOSi began providing the U.S. Army with linguists and interpreters.

“Suddenly, we were catapulted,” Setian said “and we found ourselves incredibly well-positioned to move into adjacent businesses.”

Few companies at the time had similar expertise and, more importantly, comparable drive and creativity.

“When you work with the government, you can scale and diversify very quickly if you understand how the system works,” Setian said. “It doesn’t matter if the government’s buying F-16s or services, the procurement process for products and services is pretty much the same. Once a company has mastered that process, it can apply those fundamentals to almost anything.”

That’s precisely what SOSi did.

The company used its foreign language business to move into the Defense Department market. It then used its overseas presence to move into training, intelligence and logistics. And eventually, it leveraged its customer and mission intimacy to move into IT, network operations and software development.

Slowly, SOSi began reaching other agency customers and through a combination of organic and inorganic growth, developed a broad base of business with a wide range of customers.

“We opened the aperture and stretched ourselves every chance we had, to pursue business that may have seemed outside our core,” Setian added.

Today, SOSi is the largest private, founder-owned and -operated technology and services integrator in the aerospace, defense and government services industry, far different than the language company it was at the outset.

“While government contracting can be a lumpy business,” Setian says, “a company can scale and diversify quickly if its plays its cards right.”

But that’s not what keeps him coming back to work every single day. “Our work is very meaningful,” Setian said.

“The things that we do have profound impact on our customers’ core missions. That work includes supporting drug enforcement investigations in the U.S., providing mission-critical supplies and services to U.S. forces in Iraq, managing large government data networks and protecting against cyber threats posed by Russia and China, and providing force protection and intelligence support to U.S. military forces in Europe. Everything we do is critically important. That’s what’s inspiring about our business,” Setian added.

Learning as You Go

“Nothing replaces experience at the end of the day,” he said.

Even though Setian has technically held the same job for all these years, the role has changed considerably. Setian notes he is less involved in the day-to-day operations of the company today, but still sets the general direction of the company in a way that reflects the spirit upon which the company was founded.

He explains it as, “thinking out-of-the-box to stay ahead of the commoditization curve, establishing a level of accountability that one typically sees in founder-owned businesses — which is emulated by other key leaders of the business — building a sense of community for employees and projecting a willingness to go over and beyond for customers, while demanding that they, too, treat contractors fairly.”

Setian also learns from those around him, and attributes most of that learning to the mentorship he has received from people who report to him. SOSi employs seasoned government and industry leaders, and according to Setian, “people who have had a lot more responsibility than I’ll probably ever have in my lifetime.” He has an innate ability to leverage and integrate the strength and diversity of his team to produce remarkable business results.

There’s much to be learned from them. As he says, “They came in with leadership skills, technical talent and life experience that I didn’t have, that I’ve in turn used to round out my own experience. The key to our success has been the diversity of our team.”

SOSi has a long history of year-over-year growth, but Setian and his leadership team are focusing on building an enduring institution for the future. The company’s theme this year is “Built to Last,” setting the stage for its agenda in the coming years.

“Right now, we’re in the process of consolidating gains over the last 10 years and making sure that we set up the institutional infrastructure needed to take us to the next level,” Setian said. “My most recent realization is that building a successful business is not just about growth, but about growing responsibly, thinking strategically without losing an operational focus, and maturing people, processes and culture. That’s been a learning experience for all of us.”

Setian loves building an enterprise where other people can thrive and prosper.

“There’s an enormous amount of satisfaction I get when I think of the aspirations we’ve supported over the past 30 years,” he said. “Some people have been with us for decades. Some were with us for years and successfully retired. Others are just starting in the job market, or joined us in recent years, because they want to take their own careers to the next level. To be able to say that we created an institution that supports the goals and aspirations of thousands of people, literally, from scratch is hard to fathom. That’s what keeps me going in the business.”

Setian’s goal is to build SOSi into an institution that endures beyond his time as president and CEO, and to make it a household name in the defense and aerospace industry.

“We’re aggressively positioning to reach the next frontier,” Setian said. “Over the next few years, I think people are going to be surprised by what we accomplish.”