You are at:Home»Execs to Know»Exec Moves»Melvin Greer Tapped for FBI Service Under Special Program 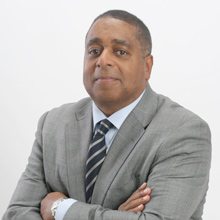 Intel Corp.’s Melvin Greer has become the first executive to serve in a special program that allows him to remain with the company and also serve his country as a government employee.

Greer, chief data scientist at Intel, has been selected to serve as fellow in residence and senior adviser for the FBI’s Information Technology Applications and Data Division.

“Melvin is the first executive to come to the Information and Technology Branch under the Special Government Employee Program, which allows him to remain at Intel and serve his country,” said Michael Gavin, assistant director of ITADD. “Melvin will provide senior leadership and technical expertise in the FBI’s effort to develop its data management strategy.”

At Intel, Greer is responsible for building the company’s data science platform through artificial intelligence, machine learning and cognitive computing. His government role involves work in data science where he will bring his expertise in the areas of hybrid cloud computing and advanced architectures and deployment models.

Greer has been involved in systems and software engineering that resulted in patented inventions in cloud computing, synthetic biology and internet of things biosensors for edge analytics.

Greer is also a fellow at the National Cybersecurity Institute and a professor in the data science program at Southern Methodist University in Dallas. He is an adjunct faculty member in the advanced academic program at Johns Hopkins University, where he teaches a master’s course in practical applications of artificial intelligence.

In addition, Greer was named among WashingtonExec’s Top AI Execs to Watch.