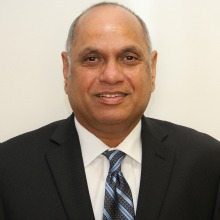 The Reston, Virginia-based company has placed in the $25 million to $75 million category for Contractor of the Year.

The company also snagged a prime contract on a $2.5 billion Securities and Exchange Commission contract and won a pair of fixed-price contracts worth $104.7 million to support Defense Health Agency procurement and program management functions.

This GovCon Awards recognition follows two other notable honors this year: in April, Amyx was a finalist in the Small and Emerging Contractor Advisory Forum’s Annual Government Contractor Awards and it also received one of the 2019 Corporate Growth Awards by the Association of Corporate Growth that same month.

Amyx President and CEO Satya Akula expressed his honor in having been selected as GovCon Awards finalist.

“Our nomination, for the fifth time in eight years, is a testament to the commitment that our team has made to both our clients and community,” he said.