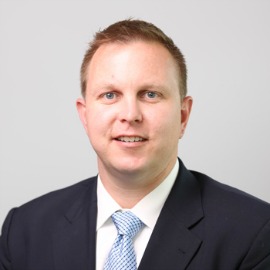 TMA: An SAP NS2 Company President Matt Jones is among the finalists for the 2019 Greater Washington Government Contractor Awards — also known as the industry’s Oscars.

Jones is a finalist in the up to $75 million revenue category for the Executive of the Year award.

He spent eight years in the U.S. Navy serving eight surface ships and nine submarines as a cryptologist prior to joining Argon in September 2003. There, his roles included leadership in software usability asset and operator training. He additionally led three successive growth years as profit-and-loss leader for Argon’s Cyber Client Services Division.

Jones then joined Boeing in July 2010 by the company’s acqusition of Argon ST. At Boeing, he led international business development for the C4ISR Division doubling the size of the diverse portfolio within two years.

Jones joined TMA, which is a subsidiary of SAP National Security Services, in April 2014 and led the company to a double-digit growth and improved corporate performance financially. He was also elected to the company’s board of directors in June 2015.

Appointed to his position in 2016, Jones is responsible for all activities related to identifying, assessing, developing and capturing new business.