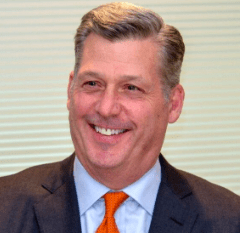 Perspecta Inc. has been awarded a $657 million contract extension for IT services that include operating the Navy Marine Corps Intranet.

NMCI is the world’s largest intranet with some 400,000 seats representing 700,000 Navy and Marine Corps uniformed and civilian users. The original contract with the Navy would have expired in June 2018 with the current extension slated to expire in May 2020. The new extension provides the continued delivery of IT services for another four months from June 1, 2020, to Sept. 30, 2020, with three 1-month options available.

“Through (Next Generation Enterprise Services) NGEN, the Navy has long established itself as a technology leader among government agencies,” said Mac Curtis, president and CEO of Perspecta. “We are proud of the innovative partnership we’ve built with them and look forward to putting bold new ideas to work in preparation for the next phase of the program.”