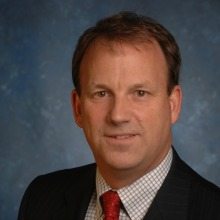 MHS GENESIS is the new system being gradually rolled out for the departments of Defense and Veterans Affairs. It leverages top commercial products to connect medical and dental information from the point of injury to the military treatment facility so each patient’s complete record can be accessed in one place.

Leidos is continuing to deploy the system at Mountain Home Air Force Base in Idaho as well as Travis Air Force Base, Naval Health Clinic Lemoore and the Presidio of Monterey in California. When fully deployed, MHS GENESIS will provide a solution for nearly 10 million service members, veterans and their families.

“Our team is honored and committed to delivering the MHS GENESIS system to military treatment facilities around the world,” said Jon Scholl, president of the Leidos Health Group. “Today signifies a major step forward in the Defense Department’s noble mission to complete the largest health record modernization effort in the history of the Military Health System.”

Leidos began rolling out MHS GENESIS in January 2018 at four sites in the Pacific Northwest. The success and increased efficiencies those sites have seen led DOD to continue deploying the solution at other military hospitals and clinics.

This is the latest in a wave of 23 MHS GENESIS rollouts, with each rollout encompassing an average of three hospitals and about 15 physical locations. The solution is expected to be fully deployed and operational by the end of 2023.