Dennis Kelly, a U.S. Navy veteran with more than 30 years of private sector experience, has a knack and an intrinsic drive for solving problems, whether it’s with a team of industry professionals or fellow sailors — and as long as he’s helping to protect the country in some way. 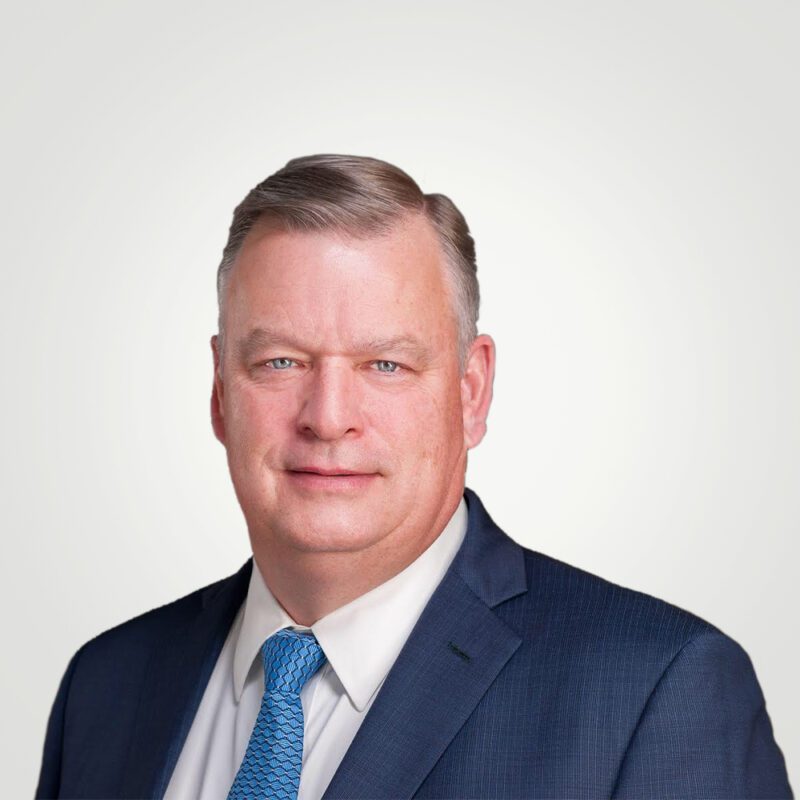 Kelly is the president and chief operating officer at Centauri, an engineering, intelligence, cybersecurity and advanced technology solutions provider. He has been with the company since February — which then was Integrity Applications Inc. before launching its new brand Centauri in April.

He’s also an adjunct professor at George Mason University for its executive MBA program, where he teaches national security business growth strategies based on his experience leading, closing and integrating mergers and acquisitions.

But Kelly’s career began in the Navy because he had always wanted to serve his country. It also turned out to be the jumping-off point for his professional path.

“I was in the Navy for six years, so I wouldn’t trade that for anything,” he said. “It was a great foundation for me to start my career.”

In the Navy, Kelly worked on antisubmarine warfare, chasing then-Soviet submarines around the world.

And while he finds the military to be a great place to start a career, Kelly eventually met his wife toward the end of his time in the Navy and decided to transition into business.

“I still wanted to find a way to serve the mission and support our country’s national security interest. So, I thought, ‘Well, I can do that from this industry,’ which has certainly been the case,” Kelly said.

He got his bachelor’s degree in industrial engineering with a minor in computer technology from Roger Williams University in 1996, and his MBA from the University of Rhode Island in 1999.

Post-Navy, Kelly has been in the government contracting business with a focus on the defense and national security sector for nearly 32 years. And his current position isn’t his first time in the C-suite.

“I’ve got a fair amount of experience at the C-level, and really started in this business in a technical system engineering kind of role. I sort of worked my way up through program management and executive management,” he said.

Kelly was also president of TechTeam Government Solutions, a subsidiary of TechTeam Global, from 2005 to 2008, and senior vice president of Anteon (before it sold to General Dynamics Information Technology) from 1999 to 2005.

Kelly wasn’t necessarily looking to make a move when he was at Buchanan & Edwards and received a call from Arlington Capital Partners, of which the then IAI was a portfolio company under.

“They mentioned the opportunity, and what really attracted me to Centauri — well, IAI at the time but now Centauri — is the mission that these folks are supporting,” Kelly said.

He was drawn to the space superiority and dominance mission, as well as the company’s focus on cybersecurity and intelligence.

“Those are all very fast-growth parts of the market and certainly Arlington Capital has a reputation for taking businesses like this and just doing great things with them,” Kelly said.

That initial interest in the mission drew him in, and the more he learned about the company and its culture, the more impressed Kelly became.

“I really was super impressed by the company’s employee-focused culture, the idea being if we take care of our employees, they’ll take care of our customers. The rest sort of takes care of itself,” Kelly said.

And that’s what convinced him IAI was the place he wanted to be.

Kelly doesn’t come from a Navy family, but he does come from a service-based one. His father and grandfather were both in the U.S. Army.

“Imagine how popular I was when I said I wanted to go be a Navy guy,” Kelly joked.

And along with a fun Army versus Navy football family rivalry, the service taught Kelly a few valuable lifelong lessons.

“I learned about leadership in the Navy,” Kelly said. “And while leading an industry team isn’t exactly the same, there are certainly some key elements that I think that I learned in the Navy that are important.”

One of those lessons is to take care of your people — a trait Kelly found in, and admires about, Centauri’s culture.

“If somebody has a problem, I have an open door. I want them to feel comfortable approaching me and saying, ‘Hey, I need help with something,’” Kelly said.

He also likes to solve problems and gets joy out of helping others work through a dilemma — something else he learned in the Navy.

“There were lots of high-stress situations where there was a mission-critical decision and I always liked working with my team in a collaborative way,” Kelly added.

And he has carried that throughout his career in industry. Kelly is a collaborative leader and wants to make informed decisions based on team input.

“At the end of the day, a leader has to make decisions. I don’t believe in making those decisions by committee,” he said. “But I do believe in getting input from my folks so that I can make the best decision possible. I think that started with my time in the Navy, but certainly has matured and developed over the 30-plus years I’ve been doing this in the GovCon industry.”

Putting Those Lessons to Work

“I believe that the most important thing our government does is protect us from whatever threats may be out there. And I get real excited about being part of that and being part of supporting that mission,” he said.

And Kelly believes those whowork at Centauri are of the same mind — mission first with a keen interest in national security.

The same goes for his skills. Kelly has an education in industrial engineering, so why put his capabilities into government contracting?

“I can engineer the next new consumer app for Google or Amazon or whatever, or I can be part of a system engineering effort that really defends our nation against missile threats,” Kelly said.

And when he compares the level of consequence, the answer is easy: defending the nation against threats takes priority.

And because the consequences are higher for failure, there’s very little, if not any room, for error in the work Centauri is doing. This puts a more rigorous emphasis on how solutions are engineered, requiring a level of engineering excellence that may be lacking in some fronts on the commercial industry side.

It’s that level of technological potential — especially in national defense, space dominance, intelligence and cybersecurity — that is driving Kelly’s current priorities at Centauri.

Specifically, Centauri is looking into using model-based systems engineering to design systems to a level of fidelity that allows for mistakes early in the design process, and implementing that system and making it available to warfighters to support their mission.

The company is also exploring the potential of artificial intelligence.

“We think there’s an awful lot that AI has to offer, and I think it’s going to be really a force multiplier for us,” Kelly said.

And his understanding of the classic way to engineering a system — starting with requirements and building out a solution that goes through various design reviews — gives him an appreciation for what his clients’ processes are, and how Centauri’s people support that process.

This model-based systems engineering is speeding up the time in which a design and system is developed, however, and Centauri is investing in that acceleration.

“The state of the art is always moving forward,;you got to keep up with it,” Kelly said, and he’s doing so with Centauri’s team of lifelong learners.

And his naval-based excitement for helping teams solve problems has sprouted into his day-to-day as president and COO, as he’s responsible for anything that touches customers from a program executive standpoint.

“With almost 1,200 people in our company, there’s always a challenge every day to be solved, and that’s what drives me,” Kelly said.

It’s not mundane, it’s never the same, and Kelly loves that about his job.

The Important Years Ahead

In five to 10 years, Kelly can imagine himself exactly where he is but with a slightly larger Centauri.

“We’re very growth oriented,” he said. “I honestly could see myself here for as long as they’ll have me.”

The future isn’t predictable, but Kelly is having a blast doing what he’s doing and can happily finish out his career at Centauri.

But there are other personal aspects of life that hold his passions.

“I have a son who a couple years ago had a horrible accident and became a paraplegic,” Kelly shared. He assured his son is doing great, is a graduate of Virginia Tech and an accountant currently working in the M&A business.

And as he’s encouraged by what he’s seeing in terms of advancements in the spinal cord injury community, he’s eager to get more involved when he can put his full energy into it.

“When the day comes where I’m done doing government contracting, I might just pour myself into helping find a cure for spinal cord injury,” Kelly said, whether that be through fundraising or various contributions.

He also hopes sharing his son’s experience and personal passion toward the cause spreads awareness on spinal cord injury or draws others in the community with more knowledge on the cause closer to him. And ultimately, Kelly hopes he’ll one day solve the problem he’s most passionate about.

“I would really like to see him walk out of that wheelchair one day,” he said.