You are at:Home»Execs to Know»Sage Communications’ Susan Milich Empowers Government with Marketing 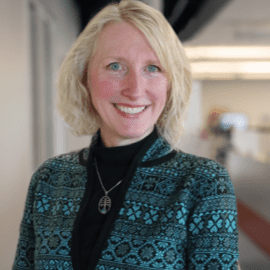 While well-established commercial brands such as Coca-Cola have shaped targeted advertising and other communications into a fine art, not all government organizations are experienced in those areas. Sage Communications, however, has expertise and can provide assistance, said Susan Milich, senior vice president of the government division.

“This is an area where we really serve to help the government to understand what brands mean and how do you then build brand awareness and how to associate different kinds of messaging and how to really develop messaging and deliver messaging that helps government accomplish their mission,” Milich said.

Milich was hired into her position in February. With 30-plus years in the industry, she cut her teeth in the 1990s on selling then-emerging technology. Back then, she also worked on the development of one of the first suites of applications for the original IBM PC.

In 1995, she founded Federal Marketing Associates, a government-focused marketing and consulting business. She also has experience working at GTSI and at Sun Microsystems.

Milich said she’s excited about her newest role and working with government clients. Shortly after Milich joined Sage in February, the advertising and marketing contract with the General Services Administration was up for recompete.

“The first (few) months here were a whirlwind,” Milich said. “Almost as soon as I got here, I learned that our largest piece of government work was coming up . . . We made an offer and were awarded the contract, so it just opens up a whole new door of opportunities that we will be able to compete for still in our principle area of capability.”

That area is around marketing, advertising and other strategic communications related to technology.

For the past decade, Sage has provided branding support and other communications services for quality initiatives for the Centers for Medicare and Medicaid Services. The company also provides services for the Cherry Blossom Festival, D.C. Jazz Festival, St. Jude Children’s Research Hospital, Children of Uguanda and others.

Overall, Milich said, government agencies are still working toward improving the way messaging is used to communicate to beneficiaries and taxpayers about the role government plays in their lives.

“Particularly in some of the very, very consumer- and citizen-focused initiatives, government is becoming more knowledgeable about the advantages of sharing with the American taxpayer or beneficiary, depending on the type of program, the merits of the work they do, the mission that they deliver and the services that are available,” she said.

Milich sees several major impacts of technology in today’s government marketplace, and she’s gleaned some of those from research conducted by market research firms.

“They really point us to three primary forces at work: digitalization, mobility and they’re predicting a significant shrinkage in the workforce, specifically the federal workforce,” she said.

Digitalization is changing everything from government work to technology firms to the everyday lives of even the least technologically-connected.

“You can wave your smartphone in front of a reader at the grocery store and pay for your groceries today,” she said. “That wasn’t even conceivable when I was in college, let alone starting my career.”

Mobile phones also weren’t so prevalent not so long ago. Some 30 years ago, she remembers doing a technical evaluation on a primitive voice recognition tool on a Texas Instruments computer.

Mobility continues to play a bigger role in today’s government marketplace from military maneuvers to civilian initiatives. Having the ability to carry powerful technology around in one’s hand or to wear it on one’s wrist opens up more possibilities.

“I don’t drive the way I used to,” Milich said. “I can ask Siri to tell me how long it’s going to take me to get home or ways to help me avoid the traffic jam. I don’t carry a second credit card because I have my phone. There are so many things in my life that are different today.”

Still, Milich acknowledged that privacy and cybersecurity continue to be issues. From health and spending habits to geographical location, individuals and government alike are having to think more about the information they give away and the broader impact of that information being more freely available. Because of these and other changes in technology, marketing has also changed and now incorporates social media.

“When I started my career in government . . . we would stand outside of federal agencies and offer popsicles to federal workers coming back from their lunches,” she said. “It was very personal. You could meet in a specific place or (meet those) with a specific interest in an event or a certain topic . . . It was a much more focused group.”

New media brings with it the ability to completely redefine “audience” and how to reach them. The metrics for assessing how audience members respond have changed, from clicks on a page to what path they follow and more.

“We have the ability to use the technology to serve them the information that’s most relevant to them and to have messages that are very specific to those audiences because we know more about them,” Milich said.

“My focus is specifically on growing the federal division, and I’ve got some really good past performances,” she said. “I’ve got some wonderful current clients . . . and I’m really excited about continuing to serve them and to grow the great work that Sage does.”

Milich has two grown children. In her spare time, she enjoys biking.

She also serves as an advisor and executive board members to ACT-IAC, AFCEA and AFFIRM and is active with her alma mater, The College of William and Mary. She has been a guest speaker for numerous academic, corporate and professional organizations.