You are at:Home»Execs to Know»Maxar’s Tony Frazier Blends Passion and Purpose with Geospatial Tech Potential 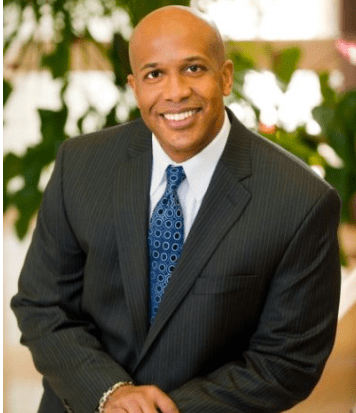 For Tony Frazier, education is a force multiplier — and as the first male in his family to graduate from college, education has provided opportunity to excel professionally, make a difference with the work he pursues and maintain personal passions.

Frazier, executive vice president of global field operations at Maxar Technologies, spent his undergraduate years at the University of Pennsylvania studying systems engineering. He graduated in 1992 with a bachelor’s degree in engineering and then completed his MBA from Harvard Business School in 1997.

But Frazier didn’t get his start in government contracting via a military background or family history in the field.

“Community service was something that I grew up with as being really important,” Frazier told WashingtonExec. His mother was a public servant helping with home rehabilitation. Though her background was more in social work, she had a young Frazier shadow an engineer on a take-your-child-to-work day, which ultimately helped foster his interest.

Frazier also grew up around an emphasis on education. His mother didn’t graduate from college until after all her kids did, putting her dreams on hold so she could provide.

“But she wasn’t one to say something and then not do it,” Frazier said. “She definitely is my hero from that respect, but she also has high expectations.”

That’s why for Frazier, it’s not enough to just be able to visualize a vision for the future, but to also have the grit to believe you can get there.

“I think a lot of that came from how I grew up,” he said.

A Path Led by A Foundation in Data Analytics

After college and experience working with software, Frazier began his professional career with Bain & Co., transitioning from tech into business in a consulting capacity. Before landing in the government contracting sphere, Frazier spent time in commercial technology companies. He mostly serve in product roles where he was able to combine his technology and business background.

Frazier was a program director at IBM, vice president of marketing for the Americas region for enterprise software company Infor, and a senior director at Cisco Systems. In December 2010, he joined GeoEye, a geospatial information and insight company for government and commercial customers.

“That was my first foray into government contracting,” Frazier said.

When GeoEye won the EnhancedView program contract from the National Geospatial-Intelligence Agency for commercial satellite imagery earlier that year, the company was looking at how to support both government and commercial with data collection and analysis.

“Given my analytics background, that’s what drew me to the company,” Frazier said.

But a career in space and geospatial technology wasn’t always on Frazier’s mind.

He had been interested in technology and STEM fields as a kid and knew he would explore engineering disciplines, but initially did a lot of work in data analytics — taking unstructured content and applying algorithms to get information.

“To make that work, there was a lot that you had to do to be able to process lots of data, like high volumes of unstructured content text information and create information from it,” Frazier said.

He saw this concept with satellites, too, as they collect mass amounts of imagery — but the pictures alone don’t provide the context needed.

“Until you know where the roads are, where the buildings are, all key points of interest, it’s not really actionable information for analytics,” Frazier said. “That was the parallel I saw coming into the industry.”

From there, he went on to lead the geospatial services business unit of Maxar, previously called Radiant Solutions, and most recently leads global sales, business development, services delivery and account management as Maxar’s EVP of global field operations.

Frazier’s new role coincides with the company’s current process of unifying its DigitalGlobe, Radiant Solutions and SSL business units under one Maxar brand to focus its value chain, go-to-market efforts and growth potential around the concept of Earth intelligence and space solutions.

The Drive Behind It All

“I think that in our space, it is very rare that you can be at the cutting edge of innovation and also support a mission that really matters,” Frazier said.

And with what Maxar is doing for its government, international ally and commercial customers, Frazier said the company is impacting some of the most pressing issues facing society — such as climate change and equipping warfighters with the intelligence they need to be responsive.

“A lot of what I’ve really enjoyed is that we’re an asset-intensive business. We manufacture satellites. We own and operate those. We have analysts and developers that are integrated into different intelligence missions,” Frazier added. So, along with the fixed assets Maxar can put to work, it also has the human capital. “That capital is really important to actually get value out of it.”

And in his new role during this unifying initiative, Frazier focuses on the holistic geospatial informational needs of the U.S. government — up-to-date data. This includes factors like fixed features, roads, buildings and key points of interest, but also changing factors like traffic.

“Whether those sensors are in space or they’re sensors on the ground, that’s how you have to be able to collect all that data, you have to source it,” Frazier said. Then, analytics must be applied to make the data useful.

“A lot of what we’re seeing as an opportunity is, how do we bring all these capabilities together to get after those problems?” he added. For example, if first responders are addressing a hurricane hitting a coastal area, they need to be able to assess — of all the buildings in the area — which are destroyed, partially damaged or unharmed in order to aid response.

“You need that end-to-end to be able to do that assessment within hours of an event and then take that information, and then make the map smart,” Frazier said.

And these aren’t just Maxar’s motivations — Frazier was able to find a connection between his personal passions and making a real impact at Maxar.

When Passions and Work Collide

Frazier has grown in his career in a way that allowed him to match his personal passions with something that matters, and do it in a way that can make a difference for the close to 6,000 team members across the company and in the world.

“I feel like I’ve been building to the role, and have been with the company,” Frazier said. He’s witnessed the evolution from GeoEye’s vision to when it merged into DigitalGlobe and created a 2020 vision of becoming an indispensable source of information about the changing planet.

Compute, artificial intelligence and machine learning have become much more performant and allowed Maxar to see real transformative impact on the mission as it approaches this 2020 timeframe.

And part of that initiative comes with Maxar’s next-generation constellation Worldview Legion, a $600 million program replacing Worldview 1 and 2 the company is putting its own capital toward. Maxar is currently halfway through its build with a 2021 projected launch. The satellites are going to collect imagery that will deliver persistent intelligence.

Worldview Legion will maintain the same quality of imagery in terms of spatial resolution and level of detail as the company’s current constellation, but will have hourly revisit instead of every other day or weekly. This will improve actions such as monitoring, or understanding retail patterns or traffic activity throughout the day.

And “being able to have that as another source of intelligence that we can unlock for our customer,” as Frazier put it, opens possibilities for future missions.

“A lot of where we’re trying to go is, how can we get as far left of an event as possible?” Frazier explained. In terms of mapping missions, it’s about forming a consistent experience, and covering places of the world that don’t get as much attention but where warfighters and first responders go.

In terms of monitoring, U.S. government customers and international allies use monitoring data to understand change around borders or military facilities. Hourly satellite revisits can allow customers to see patterns at a broader scale or view other locations nearby to find early indicators and warnings that an event is going to occur.

“One of my heroes in this community is Sue Gordon, the principal deputy director of national intelligence. She says that the business of intel is being able to see over the horizon and anticipate something in time to make a difference,” Frazier said.

But even before the new Worldview Legion, Frazier has seen some of the potential already, particularly around humanitarian assistance use cases.

For example, when Frazier was in Nigeria for a World Economic Forum event, Maxar was asked to assist in broad area searches of the missing Chibok schoolgirls after a kidnapping claimed by Boko Haram. They were asked to look at imagery to see indicators of where and when the girls were abducted.

Maxar ran a crowdsourcing campaign and made the imagery available so volunteers could help with imagery analysis, and Maxar delivered that information to senior officials.

“There’s countless examples like that,” Frazier said. And those examples will only continue to multiply amidst evolving technologies, initiatives and analytics capabilities.

But rather than looking five to 10 years down the road, Frazier lives in the moment and has found a platform — a mid-sized company — with tremendous technical asset, great talent, a strong customer base and potential for growth.

“Having future opportunities to serve, bring a commercial mindset to supporting national security mission is something I would say has definitely become a sweet spot for me,” Frazier said.

Bring it Back Home

Along with all the ways Maxar enables geospatial technologies to make a difference and support worldwide missions, Frazier is also proud of the company’s team. Maxar has been recognized for being a best place to work for three years in a row — even through the company’s various phases, acquisitions and organic growth. Frazier hopes that continues to attract good talent and leadership.

But that team mentality has always been important to Frazier. He played team sports growing up in Northeast Ohio, where it’s a “rite of passage to play football,” he said. He did so throughout high school and college, and even passed it along the love of sports to his kids.

“Getting my kids that foundation of understanding the value of team, team-based sports and what that means around developing leadership abilities, learn to work well with others,” Frazier said.

That also means keeping up with sporting events for his two boys — 11 and 14 years old — keeps him busy most weekends.

“When I take off the executive hat and put on, whether it’s coaching kids or running around to lacrosse and basketball, I spend a lot of time on that,” Frazier said, as well as time with his wife of 18 years.