You are at:Home»Execs to Know»AT&T’s Mike Leff is Fueled by Power of Curiosity 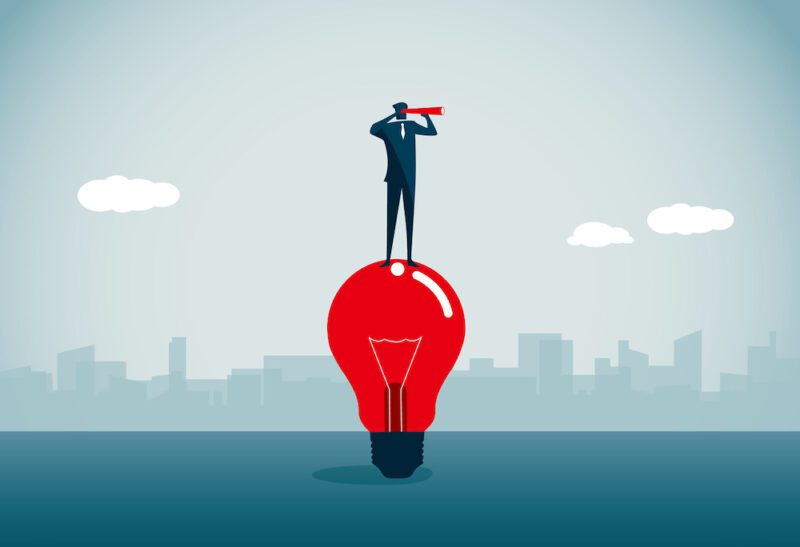 Mike Leff has been serving the public sector for more than 25 years. His career and personal path are driven by a life-long curiosity about how things work, a professional’s desire to make a real difference for those who serve and a perspective that can only be attained from 35,000 feet up. 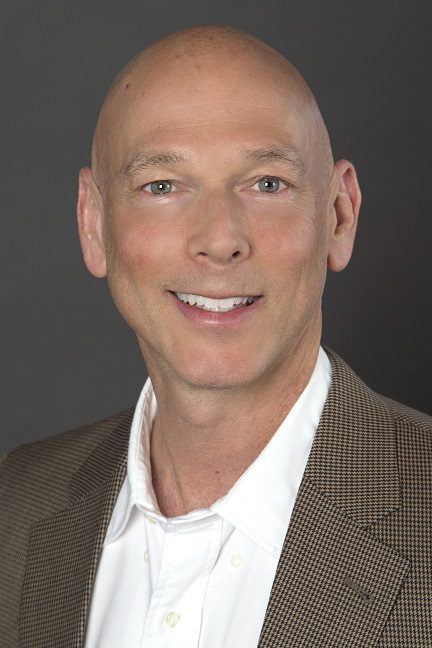 Leff is vice president-defense of AT&T Global Public Sector, where he’s been working since 2014. But his entrée into the public sector started immediately upon completing his undergraduate education in 1981, when he began working in the aerospace industry with the Singer Co., now part of BAE Systems.

There, he was a systems analyst and software engineer designing and developing command, control, communication and intelligence systems for the military’s airborne and ground system-based applications.

“It was really exciting. It was a dream job coming out of school and immediately being able to apply what I had learned in school to the aerospace industry,” Leff told WashingtonExec.

Leff earned two undergraduate degrees at Bucknell University; a bachelor’s degree in both electrical engineering and mathematics. In 2004, he completed a master’s degree in applied information technology at Towson University with a concentration in information security.

Prior to AT&T, Leff spent two years at Accenture as a managing director. Before that, he worked at Lockheed Martin for 14 years, as director for the company’s Civilian Enterprise Solutions business and as the chief technology officer for the Health and Human Services line of business.

“And about 18 months ago, I pivoted into taking over and running our defense business, which is what I’m doing today,” Leff said.

Remarking on a career that spans from the aerospace industry and technology services consulting to core networking, cloud, mobility, cybersecurity and the internet of things, Leff said he has had quite the interesting journey.

As evidenced by his educational background and professional pursuits, Leff has always been interested in the science, technology, engineering and math field.

“I was a very curious kid with a passion for wanting to understand how things worked, whether it was ‘why is the sky blue?’ to ‘how does a TV work?’” Leff said. “I was constantly intrigued.”

Still, the path his career took, particularly in the public sector, wasn’t part of some master plan.

“I started working in the government space right out of school and there was not a lot of planning or thought. It was more a matter of happenstance,” Leff said. “I think I was in the right place at the right time with the right education when I started my career in aerospace.”

That career included designing and developing secure command, control, communication intelligence systems that enabled all forces of the military to accurately navigate and communicate. Just a few years ago, Leff was involved in working with the AT&T team that helped NASA power its deep space network, which supports online communications for disciplinary space missions.

“Because my role has been so varied, I’ve been able to participate in many large-scale programs that support the government,” Leff said.

And while he attributes his career path to happenstance, Leff is glad about the path he followed.

“I cannot think of a more exciting time to be in this industry,” he said.

What a Time to Be in Public Sector Tech

Emerging technologies and trends are gripping the public and private sector alike, and Leff believes the information and communication technology industry will drive some of the most revolutionary changes in the market.

“They’re game changing,” he said. “I don’t know of any other industry where change is happening at such a rapid pace.”

That’s what keeps Leff on his toes — the rapid advancements of network-based technologies like 5G, artificial intelligence, augmented and virtual reality, robotics, quantum computing and autonomous vehicles — and how this tech is used to enhance public sector missions.

“What’s really exciting for me is the teamwork at AT&T and our position as a driver and innovator of breakthrough technologies,” Leff said. And as he works closely with the Defense Department, he believes advanced communications technologies will play a critical role in helping modernize DOD’s communications platform.

Leff helps the military adapt to and take advantage of the benefits of cost-effective and agile
technologies, like networks that are software-defined, cloud-enabled and mobile.

“They can be much more agile and responsive, which is really critical in this new, unpredictable security environment,” Leff explained.

It’s the possibilities of tomorrow — like the speed, efficiencies and communication opportunities associated with 5G networks AT&T is working on — that will be instrumental in providing actionable intelligence to help the mission and give the military competitive decisional advantage.

And if there are two things Leff’s education and training has taught him thus far, it’s the framework and model to become a lifetime learner. Also, as a leader, he believes it’s important to ask the right questions and recognize you’re probably not the smartest person in the room.

“Your role as a leader is to lead with questions, share insights, challenge the status quo and guide your team to deliver innovations to customers,” Leff said.

And that’s how he leads his team in pursuit of their collective vision to modernize DOD’s communications platform, deliver the network of the future today powered by commercial networks and innovation, and support the Pentagon’s technology needs for 21st-century warfare.

Leff has worked for companies that support both the public and commercial sector, but said working with government has provided him the most interesting and challenging projects in his life.

“There is nothing more rewarding and gratifying than to know you’re making a difference in the world and having an impact,” he said. “Working to deliver services to the government really taps into values that transcend self-interest. It’s about how you can contribute and make an impact on many aspects of society.”

One of the things Leff said makes him most proud of working at AT&T is that so many of his teammates share a background and desire to enable the mission of government.

“The idea that everything we do can make a difference and make this world a better place to live and work is something I’m very passionate about. It gives me a lot of hope. It’s why I get up every morning,” Leff added.

On a personal note, Leff gets jazzed up about spending time with family and volunteering his time when he can.

“It’s not only being able to give back or contribute to society, but it’s also about being a dad, a husband and volunteering my time and services in a variety of different forms,” Leff said.

In fact, he serves as a member of the advisory committee for the Loyola University Sellinger School of Business, is a vice president of sponsor outreach and board member for the Bethesda Chapter of the Armed Forces Communications Electronics Association and serves on the board of the United Services Organization – Metropolitan Washington-Baltimore Chapter. According to Leff, his volunteerism is key to his character.

“I have a big passion for volunteering and trying to give back,” Leff said.

For Leff, there’s more to life than just living to work. 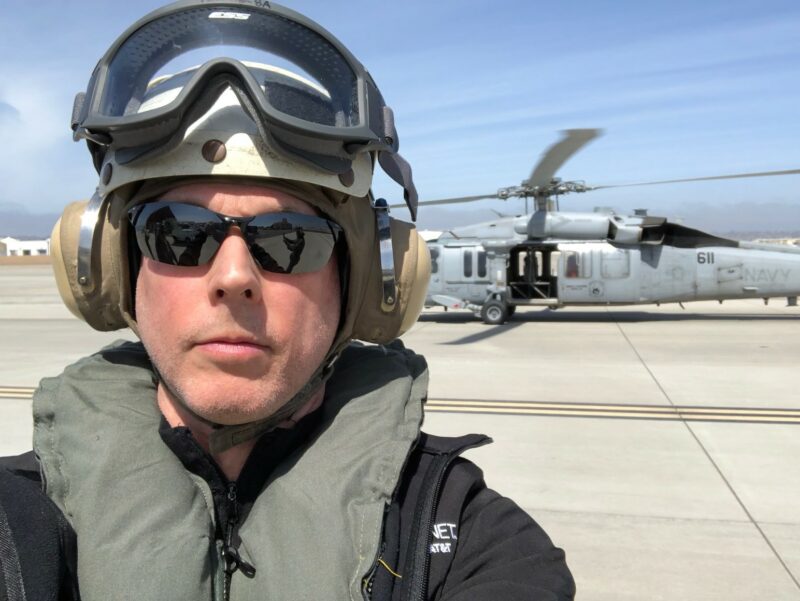 “I find I am a lot more productive and more valuable to my family, to AT&T and to our customers when I immerse myself and do the kind of things that I love to do that are outside of the business,” Leff said.

He enjoys yoga, biking and is a practiced martial artist. In fact, martial arts are a big part of his life, as he relishes in the physical and spiritual aspects of the practice. It helps him focus and manage stress.

More recently, Leff has found himself on the other end of the aerospace transaction. He learned how to fly. He earned his pilot’s license for fixed-wing aircraft and is now learning to fly helicopters. His interest in flying ultimately circles right back to his inherent curiosity.

“When I was a kid, it was stunning to me to see these large machines take off, to actually fly,” Leff said. “They seemed to defy the laws of physics.”

Once he understood flying, it became a challenge to him personally. He wanted to endure the mental, physical and intellectual challenge of flying because he saw it as a metaphor.

“That is how you get a perspective in life, by being able to see the forest for the trees,” he said.

As you take off, lift and look down at the ground over the horizon, your perspective changes, Leff explained.

“You see things that you don’t see when you’re on the ground,” he said. “Every once in a while, when things get a bit too tough on the ground, it’s nice to lift off and kind of just do a reset.”