You are at:Home»News»Eileen Ellsworth: Philanthropy Meets Our ‘Deepest Desire to Feel Like We are a Part of Something Bigger’ 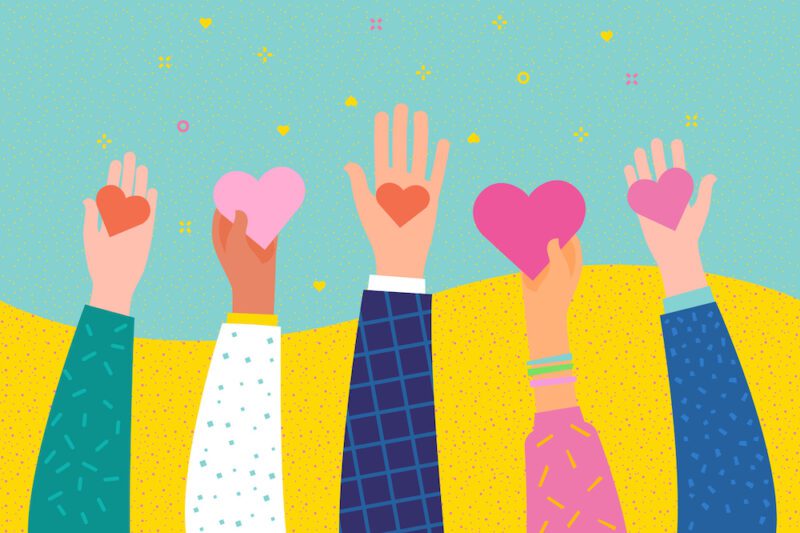 As a longtime professional humanitarian, Eileen Ellsworth has dedicated the past 14 years leading a charity that helps grow philanthropy to meet the most critical needs of the Northern Virginia region. In this interview, she shares her insight into advocacy, ongoing programs and the value of philanthropy. 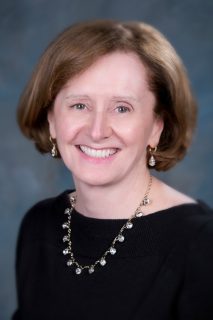 Eileen, for those who don’t know you, tell us about yourself.

I’m a trained attorney. On my 20th anniversary as an attorney, I resigned, because I wanted to see if I could build out a second career in something entirely different. And I very much wanted to get into nonprofit management, so starting in 2001, I created my own nonprofit called Empower Girls.

I ran before and after-school computer clubs for fourth-, fifth- and sixth-grade girls across Fairfax County in the Title I schools, which launched my career in nonprofit management.  I eventually became the president and CEO of the Community Foundation for Northern Virginia in September of 2005. So, I’ve been in this position for 14 years.

What inspired you to step into this role as president and CEO of the Community Foundation for Northern Virginia?

And the idea of helping to build your local community through philanthropy is an infinitely inspiring mission for me. It engages charitably-minded people in the region, it teaches us all about the real as opposed to the perceived needs of the region, and it makes us consider data so that we deploy the philanthropic resources we do develop well and in a meaningful, measurable way for optimum impact. Community foundations are here for the long run.

We are building permanent community endowments to help shape the future of this place we call home. I fell in love with that model from the moment I understood it and wanted to help the Community Foundation for Northern Virginia accomplish that end.

I’d like to talk about a couple of your specific ongoing programs. Firstly, tell us about the Permanent Fund and how it tackles complex issues like poverty and income inequality.

We celebrated the 40th anniversary of the Community Foundation in 2018, and we decided to use the occasion of our anniversary to help grow the Permanent Fund for Northern Virginia. We began in earnest to assemble the funds that constitute the Permanent Fund for Northern Virginia in 2009, so we had already developed about $3 million in permanent community endowments when we started the recent campaign.

Our goal was to grow the Permanent Fund, through both current gifts and planned gifts, by an additional $4 million. We’ve raised $10 million, obviously exceeding our goal!

No one has a crystal ball.  No one can see the future. We believe that our community needs and deserves a source of flexible funding from which impactful philanthropic investments can be made as the years and decades go by. The Permanent Fund is critical to the future of the region.

We’ve spent considerable time and resources developing it, and our strategy to grow it has been simple. We approached some of our closest friends and donors, people who have made their home here, their wealth here. People whose children have attended our first-class public school systems, and people who love this region and want to see it continue to grow and thrive. Our Permanent Fund donors have been extraordinarily generous.

Let’s talk a little bit about the Business Women’s Giving Circle, and how it helps girls in STEM.

I love the Business Women’s Giving Circle. It has a special place in my heart. I’m a founding member. We launched it in 2014. Nancy Eberhardt, a former bank president here in Northern Virginia, a former chair of the board of the Northern Virginia Chamber of Commerce, came up with the idea for launching a giving circle for business women that focused solely on giving women and girls a leg up with their economic futures and financial independence.

From the beginning, the organizing principle of the Business Women’s Giving Circle was to promote STEM and entrepreneurship for women and girls, and that’s exactly what it has done. It has conducted five annual grant cycles to date and awarded more than $230,000. Many of its grants promote programs that serve girls in middle school and high school to bolster their interest in STEM-related fields.

To share an example, one 2018 grantee is an organization called RESET, which serves all of Northern Virginia. RESET will use the grant to provide computer science, coding, physical science and other STEM programs to Girl Scouts in Northern Virginia, enabling them to achieve their STEM merit and leadership badges.

You gave a TEDx Talk at Tysons Corner this winter. You spoke about, among other things, mentalities behind philanthropy. I was struck by the distinction you presented between giving as a zero-sum action and giving because we “belong to one another.” Without spoiling the talk, could you tell us a little more about why the latter is so much more rewarding?

Well, it’s more rewarding because it meets our own need as human beings to connect, to belong and to feel like we’re part of something bigger than ourselves. When we engage in philanthropy, our initial state of consciousness is simply to meet a need. We see a need, we want to help, so we make a gift. This is a common feeling that we’ve all experienced.

But I believe there is also something deeper going on, something that is not so much about meeting someone else’s need, but about meeting our own deepest desire to feel like we are a part of something bigger than ourselves. The irony is that our current culture has created almost a cult of the individual. We celebrate the accomplishments of the one more than we celebrate the accomplishments of the many.

But I think that has led to a very lonely America. We are lonely in this country. The good news is that we can use our philanthropy in a way that helps us connect more, belong more, and become a part of something far greater than ourselves.

The people who would attest most ardently to this experience are members of giving circles. They are a part of something bigger than themselves, by definition. Their annual gift is pooled with other gifts and turns into thousands of dollars each year for grant-making, simply because they are not going it alone. They are in it together. And that is a wonderful feeling.