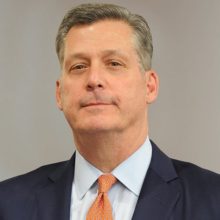 Perspecta Inc. has been chosen to provide the U.S. Army Program Executive Office for Intelligence, Electronic Warfare, and Sensors with cyber electronic warfare support for what the Army refers to as its R4 program.

The contract is a 10-year indefinite delivery, indefinite quantity multiple award valued up to $982 million. Perspecta is tasked with developing a suite of non-kinetic cyber electronic warfare tools to support the Army’s cyber-electromagnetic activities mission, known as CEMA — a crucial part of the Army’s multidomain warfare strategy.

“It is no question that in order for our Armed Forces to maintain their dominance, they need to ensure they are providing the strongest, most advanced cyber capabilities to its warfighters,” said Mac Curtis, president and CEO of Perspecta.

The government services provider will combine its developmental, operational and research capabilities, and use its innovative partner companies to deliver its Army solutions. It’ll also implement deep signals intelligence, wireless and big data expertise into its services.

This isn’t Perspecta’s only cyber gig with the Defense Department. The company already holds a prime position on cyberspace operations support programs for the U.S. Army Cyber Command and U.S. Cyber Command, and is a cyber research and development partner for the Defense Advanced Research Projects Agency.

“As a leader in cyberspace operations and innovative cyber research and development, we look forward to working closely with our Army customer to strengthen their position in the cyber battlespace,” Curtis added.