You are at:Home»News»Leidos Pulls $2.58B in Revenue in First-Quarter Results 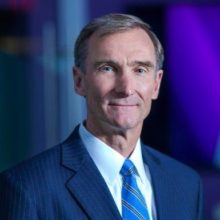 Leidos Holdings, Inc. reported it has earned $2.58 billion in revenue for the first quarter of fiscal year 2019, thanks to growth in its defense, civil and health solutions.

Revenues for the quarter increased 5.5% compared to the prior year quarter, and this growth is reflected in the company’s offerings and solutions. Its defense solutions revenues for the quarter were $1,267 million, an increase of $78 million or 6.6% compared to the prior year quarter. According to Leidos, this is largely because of new awards and net increase in program volumes.

The company also saw a spike of $18 million or 2.2% in its civil revenues, which totaled $827 million for the first quarter. This, too, is a result of new awards.

Leidos’ health revenues for the quarter came in at $463 million, a bump of $38 million or 8.9% compared to the prior year quarter, because of new awards and a net increase in program volumes.

The company cited those noteworthy awards that helped elevate its net bookings to $3.3 billion in the year’s first quarter. It was awarded a $12.6 billion deal by the U.S. Navy’s Air Systems Command to provide capabilities for aviation systems, and a $25.5 billion contract with the U.S. Army Contracting Command-Redstone to provide aircraft logistics and maintenance for the U.S. Army’s Multi-National Aviation Special Project Office.

“We delivered a solid Q1 and executed well on our growth strategy while maintaining rigorous discipline on profitability and cash generation,” commented Leidos Chairman and CEO Roger Krone. “The strong bookings, accelerating revenue growth, and substantial cash generated during the quarter demonstrate our continued momentum in creating value for our employees, customers, and shareholders.”

These first-quarter results also included cash-flow data. Leidos reported $288 million in net cash provided by operating activities — a stark increase compared to the $22 million in the prior year quarter. The company attributed this increase to higher advance payments from customers and improved collections of receivables.

Leidos also reported $237 million in net cash provided by investing activities for the quarter, an increase from the prior year quarter’s $96 million, resulting from the proceeds dispositioning its commercial cybersecurity business and the sale of real estate. Stock repurchases helped to grow the company’s net cash used in financing activities from $91 million in the prior year quarter to $297 million in this year’s first quarter.

According to the financial report, Leidos has $536 million in cash and cash equivalents and $3 billion of debt as of March 29.