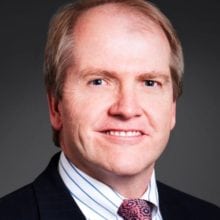 Although SAIC had a number of major accomplishments last year, its prototyping work on the Army’s Next Generation Combat Vehicle program stands out. The company is helping to design the next systems to exceed the Army’s current lethality and survivability requirements, but also include future technologies — like autonomous operations and robotics — and be lighter and more fuel efficient.

Other notable 2019 accomplishments include securing the Tire Successor Initiative contract with the Defense Logistics Agency. The company also continued its work with Space and Naval Warfare Systems Command, on Command, Control, Communications, Computer, Intelligence, Surveillance and Reconnaissance vehicle integration work as well as on the Mark 48 heavy torpedoes.

“We’re a technology integrator; we don’t make major end items, but we make them better,” said James Scanlon, SAIC’s executive vice president and general manager of Defense Systems. “We use market-leading engineering expertise matched with mission understanding and when applicable the best commercial technologies to modify, design, integrate and adapt systems and weapons to meet the needs of Warfighters as they rapidly shift to meet new threats.”

Expect SAIC to continue leveraging technologies to advance Defense Department missions — while wholeheartedly embracing innovation in all its approaches.

“We are going to ‘break the mold’ in terms of what DOD has as options among product vendors with vertically integrated models of delivery and support,” Scanlon said. “There isn’t anyone quite like SAIC in the marketplace. We are challenging the current paradigm and pursuing an increased presence across DOD to ‘buy us as a service’ to rapidly prototype and develop new systems, as well as improve/extend/upgrade legacy systems in this era of modernization.”