You are at:Home»Execs to Know»Daniel Hoffman Swaps Foreign Intelligence for Elite-Level Swimming Gig 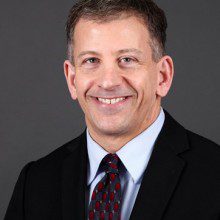 Daniel Hoffman spent most of his career in government service, including international work as a CIA station chief. Now, the retiree is turning more of his attention to an area that has been a lifelong passion — swimming.

Hoffman is a senior adviser to the International Swimming League, the first professional sports league for elite swimming. On April 9, the organization announced support from a slate of former and reigning Olympians and named Kaitlin Sandeno, an American Olympic gold medalist, world champion and former world record-holder as general manager for the DC Trident, the capital area ISL team.

The league is currently made up of elite teams from the U.S. and several European nations. Each team will be composed of 12 male and 12 female swimmers, and those swimmers can be from countries around the world.

“The International Swim League team asked me if I wanted to play a role as an adviser because of my own swimming background and also because it’s an international league with planned competitions both in the states and overseas,” Hoffman said. “I said: ‘That sounds right up my alley. That would be a lot of fun to do that.’”

Before retiring from the CIA in 2017, Hoffman spent more than 30 years in government service, encompassing work for the military as well as the Commerce and State departments. He has completed several overseas assignments, including tours in the former Soviet Union and warzones in the Middle East and South Asia.

Hoffman was a Division III swimmer at Bates College, where he enjoyed competing for several years. The 1980s and 1990s saw him as a coach, including for the Capitol Sea Devils swim team as well as at the YMCA in Bethesda, Maryland.

While he is no longer actively involved in coaching, Hoffman continues to swim for fitness and pleasure several days each week — and he speaks passionately about swimming and its ability to impact lives.

“When I was an assistant coach for the Sea Devils, one of the guys who was also an assistant coach, he and I used to get in and swim with the kids, so I swam with Tom Dolan, when he was 12 years old,” Hoffman recalled. “My friend who was also an assistant coach had leukemia, which he beat. He was continuing to swim when he was undergoing chemo and radiation, and it was such a powerful message to all the kids who were swimming. Tom was the only one who became an Olympian. The rest of them just swam for good health, and some swam in college, but the message for those kids who got to swim with this other assistant coach and were coached by him was, ‘Here’s the value of swimming when times are hard on your body.’ That’s how my friend stayed healthy through all the challenging treatments — and he beat it.”

Not only did he beat it, he went on to complete law school and raise money for cancer research.

“That’s a powerful message about the sport and how we chose to define the challenges we face,” Hoffman said.

Hoffman’s children, ages 9 and 6, are taking swim lessons, but Hoffman is quick to explain his role as a father is to enjoy time with them and set a positive example rather than push them to competitive levels.

He’s also enthusiastic about feeding what he said is a larger appetite for elite-level swimming, especially in young people. The ISL plans to tap into that desire and supply a ready audience with more opportunities to watch elite-level swimming. According to the league, 75 percent of swimming’s current Olympic champions and world-record holders will compete in ISL matches.

ISL meets will begin in early October and will be held almost every weekend through Nov. 24.

The four best clubs from the U.S. and Europe will then compete for prize money and glory in finals at the Mandalay Bay Events Center in Las Vegas on Dec. 20 and 21.

Hoffman said the ISL offers athletes opportunities to be financially compensated for their skills in ways previously unavailable to them.

“There is a supply of elite swimmers who frankly aren’t receiving any of the financial compensation that they should be receiving because there aren’t opportunities really to continue swimming during those four years (between Olympics) unless you’re in a college program,” he said.

League representatives have also been in talks with FINA, the body that governs international swim competitions.

“Part of our work has been to explain to them and to convince them that this is a righteous undertaking that they should support, not block, and that’s also been a part of what we’ve been doing,” Hoffman said.

The DC Trident is one of four ISL teams in the U.S. The others are the New York Breakers, the Los Angeles Current and the Cali Condors. The D.C. area, Hoffman said, already has an “extraordinarily high level of competitive swimming development,” including Dolan and Michael Phelps.

“That’s one of the reasons that Washington is such a hub for our league because this place has so many fantastic swim teams and really is so well known for producing elite swimmers,” Hoffman said.

Another side benefit of the ISL, he said, is the potential to unite countries across the globe through swimming.

“If sports builds bridges,” he said, “that would be a good thing for us.”