You are at:Home»Execs to Know»NGA’s Innovation Office ‘Not a Set-aside Shop’ Solely Focused on Internal Innovation, Says Christy Monaco 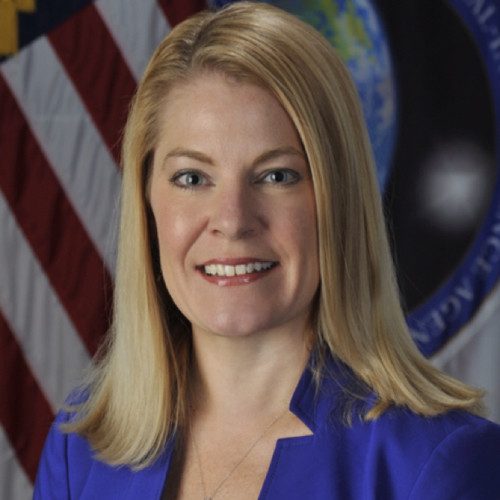 For Christy Monaco, just getting a taste of the satisfaction that comes from truly rethinking old ways of doing things was energizing enough to ignite a passion for doing it full-time.

“In many ways, my entire professional resume has been leading me to a job like this,” said Monaco, chief ventures officer at the National Geospatial-Intelligence Agency. “I’ve always appreciated innovation and stepping back from the mission, taking a look at the approach that you’ve been using and saying, ‘Is there a better way to do this?’”

Her office, created in 2017, focuses on serving NGA by helping Defense Department agencies stay ahead of the curve in procuring and enhancing capabilities that affect national security. Prior to taking on her current role in October 2017, Monaco directed NGA’s corporate assessment and program evaluation office. It was there her desire to delve deeper into work that involved new ways of thinking took hold.

During a meeting back then, NGA’s associate director for capabilities issued a challenge to a team that included Monaco to join NGA’s business data sets in ways that would allow users to more efficiently glean clearer insights.

“All of our data at the time remained sort of functionally siloed,” she recalled. “He said, ‘The joining of the data isn’t really a technical problem; it’s really an agency process and culture problem.’”

Monaco said the team was given a challenge to pick two business data sets and join them over two weeks. While the project took a couple of weeks longer than that, it became the model for a repeatable process that would go on to have a lasting impact — and it was as much a data science success story as a story about what it takes to innovate within NGA, she said.

“We needed a little bit of technology, we needed a workforce with the relevant skills, and we needed to address some processes and long-held blue laws about what you can and cannot do with your data,” Monaco said. “That was one of the most energizing projects I’ve ever worked on. So, I wanted to give this same feeling of accomplishment and responsibility to as many people at NGA as I can, and this [Office of Ventures and Innovation] job was a way for me to kind of scale that.”

OVI provides end-to-end assistance for bringing new capabilities into NGA all the way from innovation sourcing through integration, Monaco said. It also focuses on making that process easier and faster.

“While we do some innovation on our own mission, we are not a set-aside shop that is the only place focused on innovation in the agency,” she said. “What we’re here to do is help the agency’s innovators navigate the process and bring capabilities that they need to serve NGA’s customers.”

Public-private partnerships are one way OVI has helped foster capabilities. Another is OVI’s intrapreneur program, where some $800,000 was spent on five projects to provide time and resources to innovators who then matured their ideas to create workable solutions, collectively saving tens of thousands of hours in analyst time and upward of $1 million, officials said.

“All five of these teams recently received NGA’s Challenger Award because they did such a great job to, in a relatively short time, pursue their solutions and develop things that have a tangible ROI for NGA,” Monaco said.

The return for that $800,000 investment is a collective potential to save the agency $19 million.

Going forward this year, Monaco said her office will focus on four key areas, beginning with workforce development targeted at providing the acquisition workforce with skills, training and exposure needed to improve the ease and speed in the acquisition process. Monaco said there will also be a focus on fostering innovation in other day-to-day tasks.

“I often like to use the magic box analogy and say, ‘Look, if I gave you a magic box and it’s a tool or a process or something that would help you be more effective at your job, what would that magic box be?” she said.

In that vein, the other OVI goals are process improvement, acquisition agility and innovation sourcing.

“One of the unique things about the Office of Ventures and Innovation is that we have end-to-end responsibility for helping the agency do acquisitions,” Monaco said. “Part of that end-to-end responsibility is the fact that the acquisition, governance, oversight and workforce functions are part of what we do in the Office of Ventures and Innovation, and that’s part of what I think makes it unique when you look at other similar innovation offices around the community.”