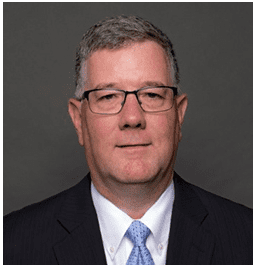 General Dynamics Mission Systems has been awarded a spot on the U.S. Army’s R4 cyber warfare contract to provide electronic and cyber capabilities to the Army Program Executive Office for Intelligence, Electronic Warfare, and Sensors.

The contract is a multi-award indefinite delivery/indefinite quantity contract from the Army Contracting Command – Aberdeen Proving Ground with a ceiling of $980 million over 10 years. Under the contract, General Dynamics will provide new cyber capabilities, upgrades of existing cyber systems, and training, documentation and support activities, according to the company.

The General Dynamics team will also lead a group of cyber technology companies that will integrate technology from different domains to fulfill the desired cyber needs, and deliver integrated intelligence, cyber warfare and electronic capabilities that allow the Army to move around the battlefield safely.

“The Army must sustain its spectrum and cyberspace superiority to enable overmatch in every domain,” said Bill Patterson, a vice president and general manager of General Dynamics Mission Systems. “General Dynamics is making major investments to leverage our entire portfolio of electronic warfare and cyber capabilities to deliver the advantages needed by our Army customers in cyberspace.”

According to Patterson, the company has partnered with the Army for more than 20 years and is excited to help the services branch reach electromagnetic and cyber dominance.

In August, General Dynamics Mission Systems won a contract with the Army’s Common Hardware Systems-5 program for rapidly acquiring tactical IT hardware. The IDIQ contract consists of a 3-year base with two 1-year options and has a maximum ceiling of $3.9 billion.