You are at:Home»Execs to Know»Top 10 Operating Executives to Watch: Damon Griggs, Dovel Technologies 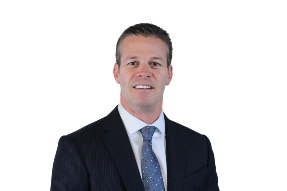 Before coming to Dovel Technologies in 2016, Damon Griggs was president and chief operating officer of InScope International, Inc. Prior to InScope, he was senior vice president at Alion Science and Technology. Griggs served in multiple roles of increasing responsibility while supporting Alion’s growth from $500 million to $900 million.

Newly minted as a mid-sized company, Dovel is continuing its growth trajectory.

“As of 2016, a lot of our contracts were still classified as small business set-aside work,” said Griggs, who serves as president and chief operating officer. “In 2017, we achieved a significant milestone by transitioning out of our remaining small business contracts so that all of our work was awarded on a full and open basis. In 2018, we continued our very strong growth, competing in the full and open market as a ‘mid-sized’ company and we crossed over the $200 million revenue mark.”

In 2019, Griggs expects to grow both organically and through acquisitions with plans to pace to a revenue of more than $500 million by 2023.

“We are also focused on investing in and developing advanced technologies and capabilities such as AI/machine learning, natural language processing, big data and blockchain,” Griggs said. “While many companies are working on similar technologies, we are specifically focused on applying these technologies within the health, life sciences and grants domain areas, where we have deep subject matter expertise.”

One example of where Dovel has been successful?

The company launched a pilot program within GrantSolutions.gov using machine learning to gather, clean, analyze and present data from more than 10 public sources to help dramatically improve the efficiency and effectiveness of grant-making. These advances were recognized with a Washington Technology/GCN/FCW Government Innovation Award this past November.

“These tools give federal grant managers new insights into the organizations they are funding and provide for increased efficiencies,” Griggs said. “Work that once took hours or days can now be completed in seconds.”