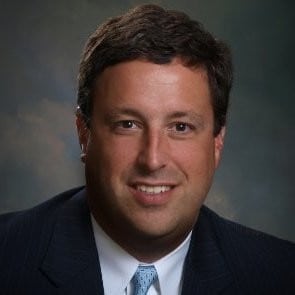 We look forward to the new year and new opportunities for innovation and growth in the government contracting community. This past year, the public and private sectors both experienced more emphasis and demand for cybersecurity, merging technology with health care, and how to best mitigate the insider threat.

As a part of an annual series, WashingtonExec reached out to those most knowledgeable and experienced in the federal contracting space. We asked executives in and around the Beltway for insight on the direction they see in the industry. Topics discussed include M&A activity, public/private sector collaboration, cloud computing migration, the incoming millennial workforce in defense/IT/health care, talent retention and more.

Next in the series is a conversation is Donald Thomas, vice president and general manager of government contracting at Bloomberg Government,

What will 2019 hold for government contracting?

The overall share of annual government spending has increased at a rate of nearly 6 percent year over year. The fiscal 2018 peak of $560 billion is up from about $448 billion in fiscal 2014. That trend is likely to continue in 2019, with the Defense Department poised for a budget increase.

Agencies are increasingly relying on Best-in-Class contracts to fulfill requirements. The government designates contracts as Best in Class when they provide valuable service offerings at fair prices, leading agencies to switch from their own or other vehicles.

For example, the Homeland Security Department in December announced plans to compete IT requirements using a mix of BIC contracts instead of recompeting its own enterprisewide contract, known as EAGLE. Use of BICs will expand throughout fiscal 2019 as agencies take advantage of contract vehicles that the government recognizes as superior.

What do you see as the next big reform in acquisition policy?

In November 2018, the General Services Administration announced plans to shrink its $31 billion schedules program from 24 schedules to one. The changes are likely to unfold this year, and the intended outcome is twofold: limit the administrative burden for contractors and create consistent GSA practices across the program.

The consolidation plans are just part of the changes GSA may make to the schedules program. Other GSA initiatives we could see in the next 18 months include limiting contract-level pricing to allow for more flexibility at the task-order level and limiting the amount of NAICS codes associated with the schedules.

What markets in the GovCon space do you see growing?

The top growth markets BGOV will monitor throughout the year include cloud; artificial intelligence; data analytics/business intel; digital services; cybersecurity; financial services/audit; blockchain; training and simulation; software engineering and agile development; and transportation/logistics. Most of the growth markets involve IT that will support government efforts to modernize legacy systems or leverage new technology to improve operations — such as the Health and Human Services Department’s use of blockchain for contract management.

What future collaboration topics and projects should take place between the public, private and academic sectors? Have you seen improvement or disconnect the last five years?

There are rarely any drawbacks to collaboration between private and public sector entities. Projects focused on improving IT modernization, supply chain and shared services probably rank among the top priorities because they offer significant benefit by cutting agency costs or reducing national security risks.

Overall, the federal market has seen improvements in the amount of cooperation between the public and private sector. Some of that success is likely driven by innovative acquisition methods such as DOD’s use of other transaction authorities and GSA’s use of commercial solutions opening.

What has been your business strategy across multiple presidential administrations and what’s your organization’s plan for growth in 2019 and beyond?

Business development professionals should focus on agency customer needs and maintain due diligence to build a pipeline that aligns with customer priorities. Budget data can help you determine whether your offerings are in demand with the listed agency missions. If adjustments need to be made, pivot quickly — and let customers know that your offerings comply with the new administration’s strategies. Other tools, such as acquisition forecasts, exhibit 53 and 300s, and industry days, can also help business developers track activities and get ahead of an RFP before it’s released.