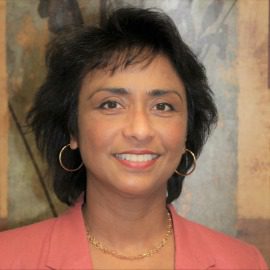 Electrosoft has been awarded a $41 million contract to provide a range of information security services for the Commerce Department’s International Trade Administration.

Under the contract, which has a base period and four 1-year options, Electrosoft will be responsible for IT program management services as well as providing security assessment and authorization support for hosted as well as cloud-based systems.

A total of 23 vendors competed for the contract, which was competed under 8(a) STARS II, and Electrosoft was the single awardee, the company said.

“We are pleased to be awarded this contract and have the opportunity to apply our significant cybersecurity expertise on behalf of ITA,” said Sarbari Gupta, Electrosoft president and CEO. “Now, more than ever before, federal agencies must vigilantly safeguard their systems and data via proactive tools and techniques. Electrosoft is a leader in provisioning cybersecurity services that enable defense and civilian agencies, including the National Institute of Standards and Technology and the U.S. Patent and Trademark Office, to manage risk through effective as well as compliant information security programs. We look forward to doing the same for ITA.”

Electrosoft has a long partnership with the Commerce Department, going back to 2001. The company has previously supported NIST with the development of several cybersecurity publications and has helped the U.S. Patent and Trademark Office with vulnerability analysis and cybersecurity compliance activities for cloud-based and contractor-owned information systems.

Related: Electrosoft’s Sarbari Gupta: What I Learned From Being a Mentor