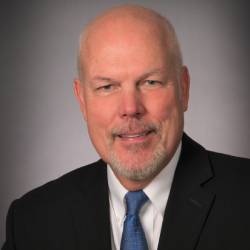 In his role, Cole will also be responsible for overseeing the expansion of the company’s work at the Department of Homeland Security and within the intelligence community, Alpha Omega said.

Cole, who most recently led Sevatec’s strategic business development team, has a three-decade background in both federal and state government. His government service includes 20 years of experience in leading the business development efforts of four mid-sized, federally focused IT consulting companies within the homeland security and intelligence community markets.

He has a proven track record of success closing on major strategic business opportunities that propel companies into the national security market with solid, multiyear contracts that provide the revenue and technical foundation for continued growth, the company said.

“Integrity, trust, and passion for mission mean a great deal to the folks that serve our country at DHS and within the Intelligence Community,” Cole said. “At the end of the day, they come to rely on their most trusted industry partners to help them execute their primary mission of protecting the Homeland. Working for a firm that focuses on the client’s mission first, is the most essential ingredient for success in the Homeland Security market. Alpha Omega’s ‘passion for mission’ is what really attracted me to the firm. The building blocks are already in place for Alpha Omega to be successful within DHS and I’m excited to be a part of the team!”