We look forward to the new year and new opportunities for innovation and growth in the government contracting community. This past year, the public and private sectors both experienced more emphasis and demand for cybersecurity, merging technology with health care, and how to best mitigate the insider threat.

As a part of an annual series, WashingtonExec reached out to those most knowledgeable and experienced in the federal contracting space. We asked executives in and around the Beltway for insight on the direction they see in the industry. Topics discussed include M&A activity, public/private sector collaboration, cloud computing migration, the incoming millennial workforce in defense/IT/health care, talent retention and more.

Next in the series is David R. Shedd, former acting director of the Defense Intelligence Agency and member of the Beacon Global Strategies Advisory Board. 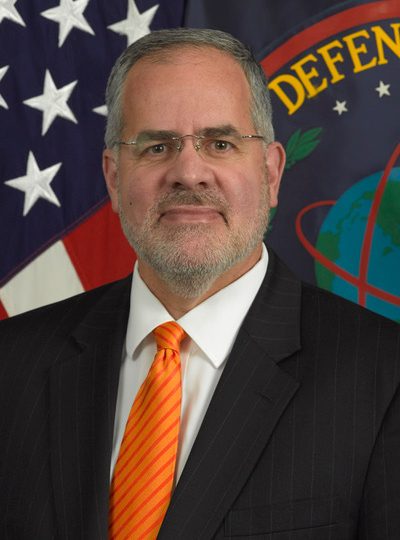 Recent headlining topics have included merging technology with health care, cloud storage, big data, insider threat, and the internet of things. What will be of most interest in 2019?

The U.S. outlook for 2019 provides a mixed picture. On the one hand, the U.S. economic indicators will remain strong with low inflation, low unemployment (and even a shortage of skilled labor), and low-interest rates albeit creeping up slowly under the Federal Reserve’s monetary policy.

In contrast to those positive economic indicators for the U.S. economy, there are several far less positive indicators that have the potential for creating an overall downturn in the American economy.

Among those negative aspects we will face is the ever-growing national debt at nearly $22 trillion, trade disputes and the application of tariffs that distort market forces, and a divided Congress that could lead to budgetary stagnation over public sector spending and establishing clear public sector investment priorities.

These negative aspects on the economy are already having a delirious effect on Wall Street as greater uncertainties lead to more erratic stock market confidence.

The U.S. government and in particular the national security and intelligence sectors of the U.S. federal sector will be forced to address myriad global threats that are making deep inroads with the use avant-garde technology. China’s emergence as a dominant actor using artificial intelligence and machine learning, facial recognition and related biometric applications while modernizing their military will prove highly challenging for America’s interests, especially in the Asia-Pacific region.

Russia’s unrelenting contesting of the international order will dominate the headlines in 2019. China and Russia will challenge U.S. superiority in space as well. Non-state actors will remain a threat in the cyber domain (as will state actors), the continued use of terrorism by a wide array of extremist groups and individuals, and non-state actors will continue to focus on attempting to acquire chemical, biological, radiological and/or nuclear materials.

Instability in the Middle East and across much of North Africa will remain the new normal as will the threats posed by Iran and North Korea. U.S. forces will draw down in hot spots such as Syria and Afghanistan at the detriment of American security.

What will 2019 hold for government contracting? How’s today’s market affecting how you develop and retain talent?

In 2019, the federal government will need to make increased investments in offensive and defensive (protecting data) cyber tools, AI/machine learning, automation technology, and countering insider threats will dominate the requirements for the U.S. government.

Concurrently, improving the government’s procurement processes will be essential to enhancing the ability of the government to bring in badly needed private sector innovation to the federal sector. The government as a rule is not well-positioned to embrace innovation as early adopters and that, too, must change if the U.S. is going to meet the national security challenges it faces.

The government will continue to face personnel retention challenges vice hiring challenges. The retention problem will grow in the federal sector in direct proportion to a sense by government employees feeling they have an uncertain professional future in the public sector due to fiscal ups and downs, the government’s late adoption to innovation, and high private sector demand for technically competent employees.

What concerns you the most when looking at the future of GovCon?

The increased financial/appropriations uncertainty introduced by a highly politicized Congress is a reason for profound concern. A partial government shutdown at the close of 2018 and start 2019 is an omen of more divisiveness to come that will directly affect the ability by the public sector to respond the national security challenges at the close of the second decade of the 21st century.

We should all be deeply concerned by the budget impasse that has increasingly become a political football. Acquisition and security clearance reform should be at the top of the list of any U.S. government reforms. Both reforms are desperately needed to attract and retain human talent, adopt innovation “on the edge,” and deliver capabilities in real time to meet the acute challenges America faces.