You are at:Home»Execs to Know»Adm. Mike Rogers Honored with WashingtonExec’s Luminary Award 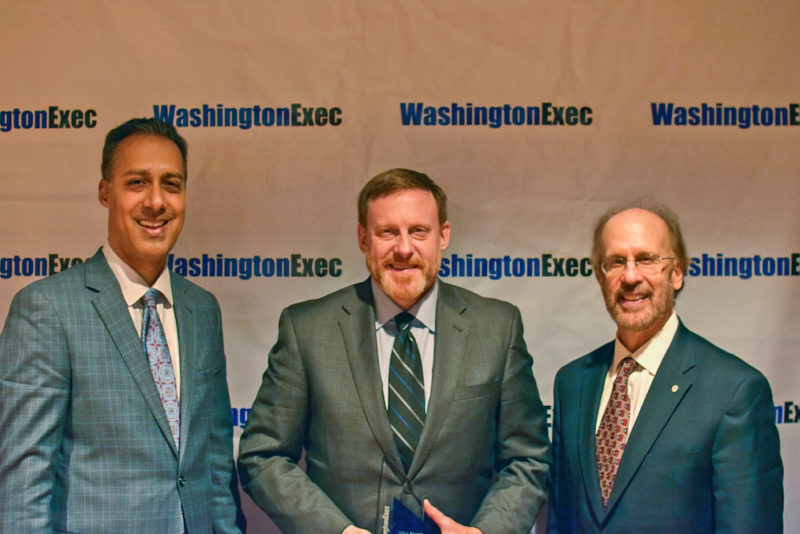 WashingtonExec has awarded retired U.S. Navy Adm. Mike Rogers who served as commander of the U.S. Cyber Command and chief of the National Security Agency with the Luminary Award.

Rogers spoke Nov. 29 at the Ritz-Carlton Tysons Corner at an exclusive WashingtonExec dinner.

​”We’re honored and grateful that Adm. Rogers shared his great insight on the many pertinent, timely topics our members care about,” said WashingtonExec Founder and CEO JD Kathuria. “We thank him for his participation and hope we’ll have the pleasure of hosting him soon again. We would like to wish him our very best luck in future endeavors.”

Rogers was dual-hatted as the chief of Cyber Command and NSA from April 2014 to May 2018. His successor was Paul Nakasone, a four-star Army general, who assumed his new duties May 2018.

“It was both an honor and a pleasure to spend the evening with Adm. Rogers,” said LGS Innovations CEO Kevin Kelly. “His thorough understanding of both the technical and policy aspects of the emerging Cybersecurity domain served as the perfect foundation upon which the council held a fruitful and spirited conversation. It was very fitting that WashingtonExec chose to award him the Luminary Award.”

“I was honored to bestow the Luminary Award to Adm. Rogers for his outstanding service and leadership to the U.S. Navy, U.S. Cyber Command, and National Security Agency. Adm. Rogers’ distinguished career is marked by an impressive and ever-present courage of conviction — he stands tall and, whether popular or not, is always willing to make the difficult decisions and face any consequences.”

The Luminary Awards launched in 2015 as way to highlight those who showcase true leadership in the face of tough decisions and/or unpopular public opinion.