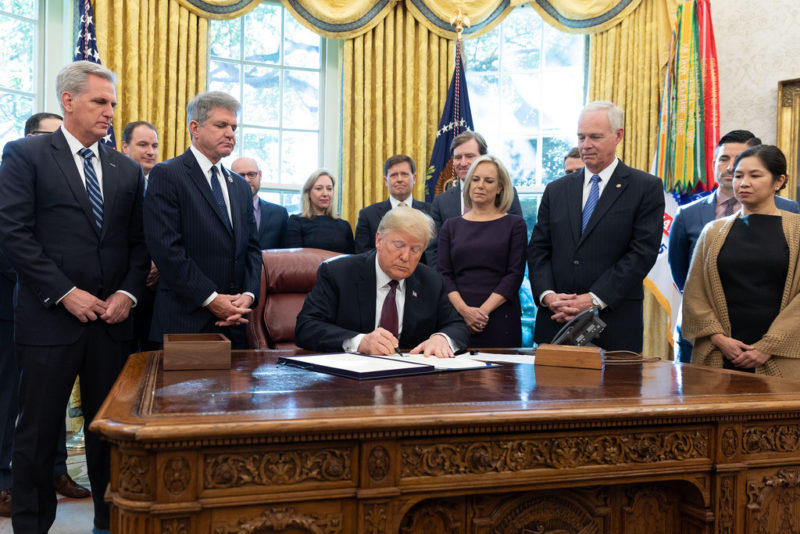 President Donald Trump on Nov. 16 signed a bill that creates a federal agency that reorganizes a division within the Department of Homeland Security focused defending critical infrastructure from physical and cybersecurity threats.

The new agency will collaborate with other federal agencies and industry organizations.

“The men and women of the new Cybersecurity and Infrastructure Security Agency will be on the front lines of our cyber defense,” Trump said at the signing ceremony in the Oval Office, where he was joined by Department of Homeland Security Secretary Kirstjen Nielsen, other DHS officials and lawmakers. “They will partner with the private sector, and all levels of government, to defend America’s power grids, banks, telecommunications, and other critical parts of our economy.”

NPPD Undersecretary Christopher Krebs is slated to head up the new agency.

“Elevating the cybersecurity mission within the Department of Homeland Security, streamlining our operations, and giving NPPD a name that reflects what it actually does will help better secure the nation’s critical infrastructure and cyber platforms,” Krebs said. “The changes will also improve the Department’s ability to engage with industry and government stakeholders and recruit top cybersecurity talent.”