You are at:Home»Execs to Know»Top AI Execs to Watch: Wendy Anderson, SparkCognition 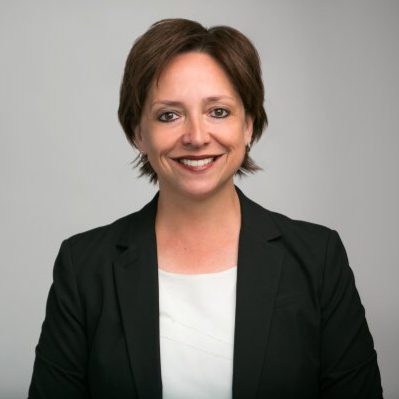 Recognized as one of the top 25 women in the U.S. to shape defense policy, Wendy R. Anderson brings 20 years of experience in national and international security to her position as general manager, defense and national security, at SparkCognition.

The company provides advanced AI solutions to advance the most important interests of society, including energy, defense, finance and aviation. Anderson’s experience includes serving in the Obama administration as a leader in the departments of Defense and Commerce. She has also been twice awarded the Department of Defense Medal for Distinguished Public Service, the department’s highest civilian service award.

Why Watch: Anderson is compelled by and committed to the way in which leading-edge technologies such as AI can transform societies from the inside out, especially for defense.

“In the defense world, the U.S. maintains its military edge by retaining our technological superiority,” she said. “This is my deepest commitment — to ensure that our country remains out front technologically.”

Such examples have included SparkCognition’s collaboration with the U.S. Air Force to augment high-level budgetary decision-making with AI and offer the service a defense aircraft platform with an applied natural language processing capability.

“We will soon see AI used to autonomously pilot passenger aircraft and make decisions based on dynamic and changing defense situations in real time, utterly transforming commercial travel but also the very ways in which societies have waged war,” Anderson said.

Her company is dedicated to advancing the science of AI and finding new ways to employ that science not just in novelty apps and entertainment, but to advance the most important interests of society. That includes how we think about, approach and execute in warfare.

Nevertheless, Anderson explains how an increase in AI use among society heavily depends on companies’ pre-existing infrastructure and sensors, their current level of data science expertise and the problem they want to solve.

Although “disruption” is a motivating factor for many companies, Anderson said not going in with a clear set of goals to address specific problems and having a measurement for success will lead to failure.

“By considering adopting or incorporating AI — rather than abiding by the status quo — organizations are already moving in the right direction,” she said.

Overall, Anderson and her team continue to incorporate rationale into AI for its decisions and recommendations to increase trust among customers as well as helping to remove data shaped from human bias to train AI systems.