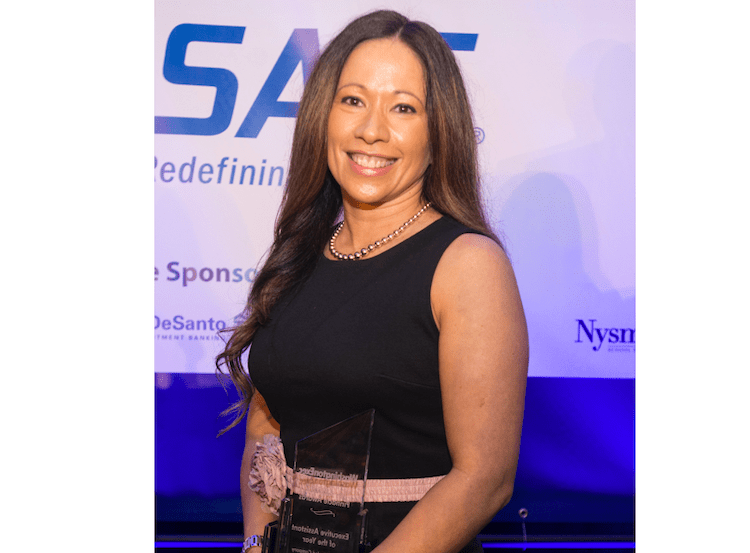 As senior executive administrator for the chairman, president and CEO of the professional services firm Engility, Phillips has a lot on her plate.

She’s responsible for the important tasks of handling the CEO’s travel and schedule and prepping her for important interactions with senior government officials and military leaders.

Phillips also directly supports Engility’s 12-member board of directors, which includes a host of former government officials and other prominent leaders.

“Her poise, attention to detail and calm, cheerful manner bring an air of thoroughgoing professionalism to Engility’s senior leadership team,” one executive at the company says.

It’s Phillips’ flawless execution of her job that helped her win the EA of the Year Award as part of the inaugural Pinnacle Awards, recognizing leaders and influencers in the GovCon space.

In her nomination, company executives cited her work supporting the company’s board of directors,

In that role, Phillips took the initiative in streamlining the board, implementing an electronic portal for the board to collaborate and coordinate and share information.

“Phillips has the most eclectic customer set imaginable,” according to her nomination. “From board members that include CEOs of multi-billion dollar companies, former U.S. secretaries and other dignitaries, to senior customers, executives, employees, teammates, interns and members of the general public, she has to meet and support each of them with confidence, poise and competence.”

Phillips also serves as a leader of the executive administrators team at Engility. She helps mentor and coach new EAs and is the main liaison between the business, the CEO and the board.

Since 2012, company executives estimate she has “flawlessly coordinated, prepared and helped execute” thousands of board- and CEO-level appointments with senior leaders and executives; hundreds of CEO and senior executive conferences; more than 100 employee meetings, from town halls to one-on-one; secured dozens of media interviews, including top-tier publications, such as Forbes, The Wall Street Journal and The Washington Post.

“In every case, Phillips makes it look easy,” one executive said in her nomination. “She begins planning early, engaging all stakeholders; ensures the plan meets or exceeds the leadership intent, and provides feedback and lessons learned once the event is complete.”