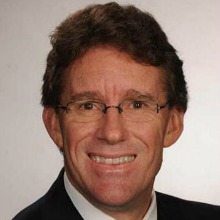 Blue Delta Capital Partners has announced Phil Nolan has taken on a full-time role as general partner at the firm.

Nolan, former CEO of Stanley and Camber, first joined Blue Delta in 2011 as an advisory board member. In his new role, he will focus on growth in the area of government services, the company said.

“As a member of a select group of highly respected industry CEOs, Phil’s prior involvement with Blue Delta always made us better partners with the entrepreneurs we’ve supported,” said Blue Delta co-founder Mark Frantz. “His decision to increase his involvement with the firm as our newest General Partner will help take us to new heights. Phil’s operating experience in Government Services is second to none and he will be an invaluable partner to the management teams that we back for years to come.”

Nolan previously held CEO roles at both Stanley Inc. and Camber. Under his tenure at Stanley, he led the company from a couple of million dollars in revenue to an IPO in 2006 and the company’s growth to a more than billion-dollar company when sold in 2010 to CGI Federal.

As CEO of Camber, he brought in a new management team and led the company through its sale to Huntington Ingalls Industries in 2016.

Nolan became a venture partner at Blue Delta in 2017 when he took over as Camber CEO.

“Having been fortunate to work with great people in my career, I look forward to being a General Partner at Blue Delta and being alongside individuals as capable as Mark, Kevin, Todd, and Darren, as well as partnering with many more great management teams in our sector,” Nolan said. “Blue Delta’s focus on providing equity investments and taking non-controlling ownership stakes in some of the best growth companies in Government Services perfectly aligns with my expertise and interests.”