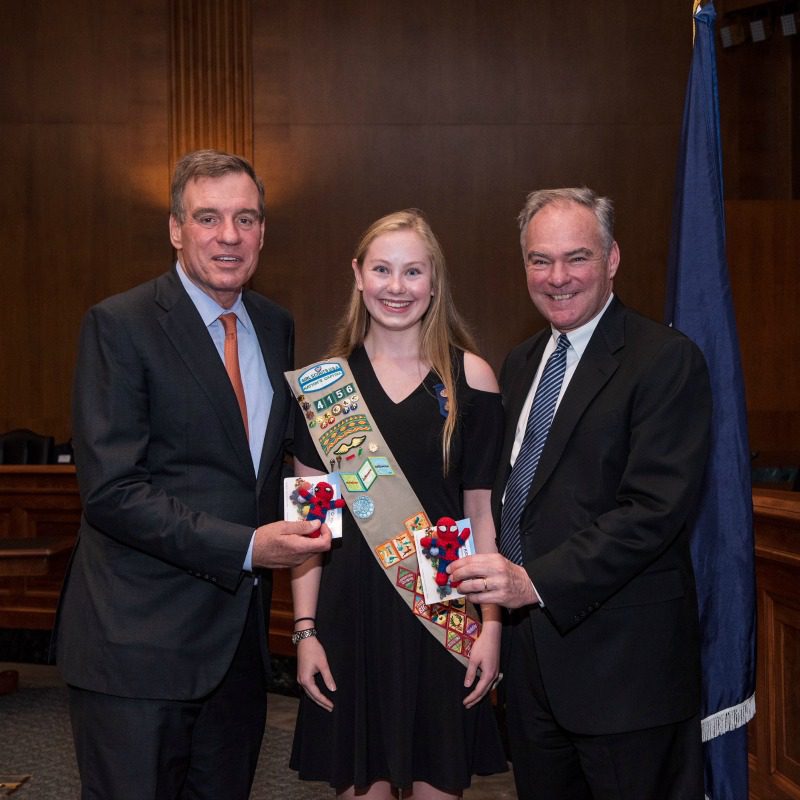 Noelle Buice wanted to help when her best friend Amelia was diagnosed with cancer in 2013 when the two were in seventh grade. So, she put her newly minted knitting skills to work creating little stuffed animals.

Before long, Noelle had knitted so many critters, she began sharing them not only with her friend battling peripheral T-cell lymphoma but with other children in the same ward at the hospital in Washington, D.C. Out of that effort grew Noelle’s nonprofit organization, Cancer Kickin’ Critters in early 2014.

Today, more than 100 knitters and crocheters participate in the program, making critters to cheer the lives of children undergoing cancer treatments at 13 hospitals in the United States and one in Canada.

“Cancer Kickin’ Critters is always looking for more crafters, knitters and crocheters to join in our mission to make toys with kids for cancer,” Noelle said. “Anything helps from making full-blown critters to knitting squares or just donating materials.”

Those who don’t have an interest in creating entire critters can help by making squares for projects, offering material or monetary donations, or helping prepare Critter Creation Kits designed for recipients to piece together the parts of the project themselves.

“The Critter Creation Kits are a really important part of our organization because they give patients a sense of accomplishment,” Noelle said. “Some of them aren’t able to get out of bed by themselves, but they can complete a critter kit.”

The kits are made from squares that kids can sew together into a bunny or knit bodies of animals they can stuff and stitch. The kits have been available for about two years now. 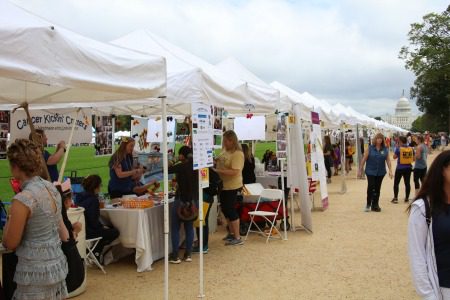 Cancer Kickin’ Critters has so far produced more than 1,350 critters and kits.

Noelle said she is also on the lookout for more hospitals who want to be partners in the critter program.

Cancer Kickin’ Critters obtained 501(c)(3) status and a registered trademark in 2017 as Noelle finished her sophomore year. Throughout that year, Noelle worked to significantly expand Cancer Kickin’ Critters and those efforts became the foundation for her Girl Scout Gold Award project, which she earned in fall 2017. She reached out to various hospitals and cancer organizations as well as faith-based organizations in Northern Virginia, including organizations of Muslim, Catholic, Jewish and Protestant origin.

This summer, she presented Sens. Tim Kaine and Mark Warner with their own superhero critters at a Gold/Eagle Scout award reception, where she thanked them for supporting children’s cancer research funding and advocated for more funding.

For the last two years, Cancer Kickin’ Critters has participated in CureFest, a large awareness event in the D.C. Mall. 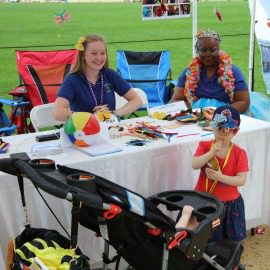 “Historically, only 4 percent of federal cancer funding has gone to research for children’s cancers, and that’s never enough,” Noelle said. “Recent legislation has brought funding up to 7 percent, but we still need more awareness. As a society, we’ve managed to invent 10 new iPhone revisions in the last seven years, but only three new cancer drugs for kids have emerged in the last three decades.”

Noelle, a high school senior, plans to continue her efforts with Cancer Kickin’ Crittersin college. Most importantly,her best friend, Amelia, has now been cancer-free for the past four years.