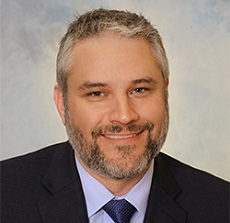 Under the indefinite-delivery, indefinite-quantity contract, MacB will work with the U.S. Naval Research Laboratory’s Plasma Physics Division, which is involved in researching, designing, developing and testing what are known as pulsed power sources.

MacB, an Alion company, said most of the work on the 5-year SeaPort-e task order will be performed at the company’s Commonwealth Technology Division — known as the CTI — in Alexandria, Virginia.

Under the contract, MacB scientists and engineers will perform a range of experimental and theoretical research in pulsed power physics and engineering, plasma physics, and intense laser and charged particle-beam physics among a number of other areas. In addition, work will include electromagnetic-launcher technology, the physics of low-energy nuclear reactions and advanced energetics, the company said.

“CTI has provided scientific expertise, custom engineering, and fabrication services for the Plasma Physics Division since the 1980s,” said Greg Yadzinski, vice president of the MacB’s CTI organization. “This new work will build on CTI’s long history of service to expand our capabilities into the division’s broad theoretical and experimental pulsed power physics, the interaction of electromagnetic waves with plasma, and other pulsed power architectures for future applications.”