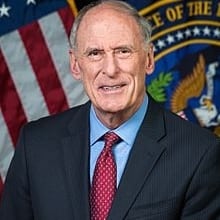 The director of national intelligence, the head of U.S. Cyber Command and the CIA’s tech chief are all set to speak at one of the premier national security conferences in the Washington, D.C, area next week.

On the agenda are Director of National Intelligence Dan Coats; the CIA’s director of science and technology, Dawn Meyerriecks; and Gen. Paul Nakasone, commander of U.S. Cyber Command and the director of the National Security Agency.

In addition, for the first time ever, there will be a third day of special classified-only sessions specifically for cleared personnel. The classified day will be held Sept. 12 in Springfield, Virginia, and is limited to registrants with a clearance at the Top-Secret/Sensitive Compartmentalized Information level.

Among the topics to be discussed during the initial two-day event are challenges and opportunities offered by artificial intelligence and machine learning, improving the government acquisition process and securing the nation’s critical infrastructure.