You are at:Home»Execs to Know»Exec Moves»LMI Appoints Two Additional Members to Board of Directors 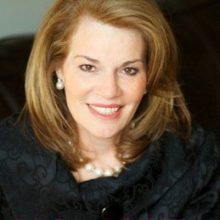 LMI formally announced the addition of two members to its board of directors: Teresa Carlson of Amazon Web Services (AWS) and former U.S. Air Force Under Secretary Lisa Disbrow. These government and industry leaders were selected for their innovative careers and prestige in federal and government policy, national security and technology.

Carlson, vice president of AWS Worldwide Public Sector, has more than 20 years of experience as a change management and innovation executive. Before Amazon Web Services, Carlson held executive positions at IT and software companies, including Microsoft and Lexign Incorporated, where she gained experience in executing strategy and business development in the federal market. Prior to her roles in the technology realm, she spent 15 years in the health care industry, covering ground as a practitioner, consultant, business manager and vice president.

“Teresa Carlson’s robust experience with technology in the public sector will prove invaluable for opportunities on LMI’s horizon,” said Mike Daniels, chairman of the board at LMI. “We’re looking forward to her innovative thought leadership, strategic vision and business expertise to help guide us on a path to continued growth and success.”

Carlson has earned a number of awards for her leadership, including recognition as a Tech Titan in 2018 from the Northern Virginia Technology Council. She has also been named one of Washingtonian Magazine’s “100 Most Powerful Women.” Carlson holds an M.S. in speech and language pathology from Western Kentucky University.

Disbrow, a retired Air Force officer of 23 years, has over three decades of experience in national security and military policy. She served terms as both the undersecretary and acting secretary of the Air Force, where she oversaw organizing, training and provisioning for the general welfare of over 650,000 military members and their families and an annual budget exceeding $135 billion. Her previous positions include the Senate-confirmed assistant secretary of the Air Force for financial management and comptroller and various Senior Executive Service federal positions on the Joint Staff. They include serving as vice director for Force Structure, Resources and Assessment, and a detail to the White House as the national security adviser’s special assistant for policy implementation and execution.

“Lisa Disbrow’s experience as both an admired civilian and Air Force officer brings an enormous amount of value to an organization such as ours,” said LMI president and CEO David Zolet. “Her reputation in the defense industry is unsurpassed, and having her join our board brings significant additional knowledge of major national security challenges and opportunities for solution.”

Disbrow has been recognized for a multitude of distinguished awards throughout her career for her merit, leadership and service, including the Air Force Commendation Medal, the Legion of Merit and multiple Distinguished Civilian Service Awards. She holds a B.A. in foreign affairs from the University of Virginia, an M.A. in international affairs from George Washington University and an M.S. in national security strategy from the National War College.

The two new women joining the board replace long-time member Pat McGinnis who retired in May 2018. Pat was a board member since 2004 and served as the chair of the governance and nominating committee. Together with the chairman of the board, Pat led the search process for LMI’s last three chief executive officers and several new board members, and she provided governance oversight of the strategic planning process.