You are at:Home»Execs to Know»Exec Moves»FCI Enterprises Appoints Michael Gulino as President & CEO 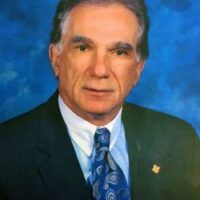 FCI Enterprises LLC (FCI) has announced the appointment of Michael Gulino as president and CEO.

Gulino joined FCI in July 2017 as corporate business strategist and executive chairman.  He brings over 25 years of executive experience in the government contracting industry and an impressive track record of substantially growing businesses.

“Since joining FCI last year, Michael has worked with the entire leadership team and Board of Directors to develop FCI’s vision, build an experienced and dynamic business development team, and further develop our BD processes to launch us toward achieving our strategic objectives and becoming a leading mid-tier company in the market,” said John Bronson who assumed the role as chairman of the board upon Michael’s appointment.

Hagen Saville, a member of FCI’s Board of Directors, added, “Michael’s experience growing businesses like FCI is tremendously valuable as the company looks to aggressively expand its customer base and diversify capabilities.”

As president and CEO, Gulino will oversee all aspects of FCI’s operations with a primary focus on business development and growth initiatives.  “FCI has built an enviable reputation over its 39-year history and I look forward to leading the incredible team here to build upon the company’s strong foundation and continuing to support the nation’s most critical missions,” stated Gulino.

Prior to joining FCI, Gulino most recently served as president and CEO of Aegis, a large private security government contractor, which was sold to GardaWorld in late 2015 after four years of exponential growth under his leadership.  He had previously served as president and general manager of the Mission Systems Division of ITT Defense (now part of Harris), doubling the business unit to over $2 billion in annual revenue.  Gulino also served as president and chief operating officer of VT Griffin Services, playing a key role in the acquisition of two companies and quadrupling revenue over a three-year period.  He began his career with PAE Government Services, establishing its Washington, D.C., operations, and was instrumental in growing it six-fold during his tenure with the company.

Gulino holds a BA in psychology and an MBA, both from Western Michigan University where he was recently awarded the Distinguished Alumni Award.  He is a member of numerous defense industry organizations and previously served as chairman of the Contract Services Association.