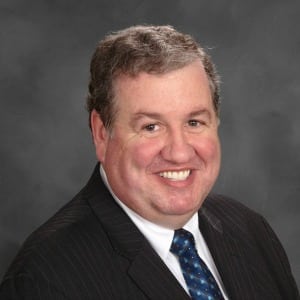 AMERICAN SYSTEMS has announced its Chief Financial Officer, Peter Whitfield, won the Virginia Business Magazine’s 2018 CFO Award.  At a gala ceremony in Richmond, Virginia on Wednesday, June 20, Whitfield was named the winner in the Large Private Company category, where he was selected from a pool of seven finalists. He was cited for his financial acumen, his commitment to community, and for inspiring others with his positive outlook and dedication to AMERICAN SYSTEMS.

Whitfield is a seasoned executive with more than 30 years of diverse finance, accounting, and operations experience with privately-held and publicly-traded companies. Mr. Whitfield was named AMERICAN SYSTEMS’ CFO in June, 2015, and has been elected AMERICAN SYSTEMS’ treasurer annually since September, 2015.

“I have the highest regard for Peter, both professionally and personally,” said Peter Smith, president and CEO of AMERICAN SYSTEMS. “Our employee-owners and I admire and respect him for both his financial leadership and his character. It is gratifying to see him recognized for these same qualities by his peers and industry experts.”

To recognize the contributions of chief financial officers in the Commonwealth of Virginia, Virginia Business has sponsored the Virginia CFO Awards since 2006. This year, the magazine received 47 nominations for awards in five categories: small and large nonprofit organizations, small and large private companies, and publicly traded companies.