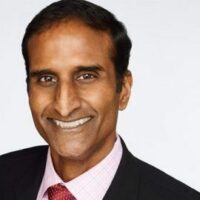 Percipient.ai, a startup that provides advanced analytics for national security and corporate security missions, has closed a round of early fund-raising with an investment from venture capital firm Venrock.

The company announced the first closing of its $14.7 million Series A funding round, led by Venrock at a $58.5 million valuation. Ayyar said Venrock would be a valuable partner, citing its record in supporting emerging technologies and noting the venture capital firm was an early investor in Intel and Apple.

“Operationalizing machine learning and computer vision has been a dream for our most demanding customers—one they talked about with the Senate Intelligence Committee in late February,” Ayyar said. “They are drowning in data while our adversaries are moving quickly to seize the opportunity that vulnerability presents. Percipient.ai’s purpose-driven tools are designed for seamless integration into their workflows and will allow our customers to have the productivity and time sensitive analysis their mission demands.”

As part of the funding agreement, Venrock partner Nick Beim will join Percipient.ai’s board. Beim said Percipient.ai’s work will address a critical security shortfall and “fundamentally change the national and corporate security landscape.”

“Whether you are in intelligence or business, the ability to detect the first change in a pattern or uncover a network hidden in thousands of hours of unstructured data could mean the difference between winning and losing in important missions and in global markets,” Beim said.