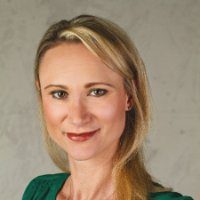 The task order will build on the Continuous Diagnostics and Mitigation program, established in 2012 program as a dynamic and flexible approach to fortifying the cybersecurity of government networks and systems.

Booz Allen Hamilton has been working with DHS to implement the CDM program since 2015, and the new task order is the first awarded in the next phase of CDM implementation, which will involve cybersecurity solutions that adapt to dynamic agency environments and combat the latest cyber adversaries, the company said.

“We’re thrilled to grow our partnership with Department of Homeland Security in their critical mission to protect the United States and its citizens from cybersecurity threats,” said Marcie Nagel, a Booz Allen principal and leader of the firm’s CDM work. “Our work will expand into new areas of cybersecurity, like incident response and automation. This work aims to help these federal departments and agencies leverage new capabilities that will ultimately empower our clients to defend their networks faster with more flexibility and greater visibility into the network itself.”

In its previous work on the CDM program, Booz Allen Hamilton integrated foundational cybersecurity solutions that spanned 80 percent of dot-gov sites and gave the 13 participating departments and agencies unprecedented visibility into their networks, the company said. The new 6-year task order will cover three current and possible future CDM Phases and is part of the larger Dynamic and Evolving Federal Enterprise Network Defense, or DEFEND, Program, valued up to $3.4 billion. DEFEND aims to expand the CDM program to include cybersecurity coverage for cloud and mobile devices, automated capabilities for incident response and system compliance, enhanced protection of data at rest and in transit, and improved user management, according to Booz Allen.

“The cybersecurity threats facing government agencies today are growing increasingly dynamic and sophisticated, making them more challenging to defend against,” said Brad Medairy, a Booz Allen senior vice president and leader of the firm’s civil cyber business. “We are well positioned to help in this fight, applying experiences that our analysts, threat hunters and engineers gain by working on the cutting edge of cybersecurity.”