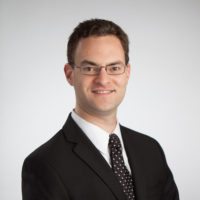 Patrick T. Biltgen, technical director of analytics at Vencore Inc., has been awarded the Edwin H. Land Industry Award by the Intelligence and National Security Alliance.

“At Vencore we are tasked with solving highly technical and complex problems for customers at intelligence, defense and civilian agencies,” said Mac Curtis, president and CEO of Vencore. “And we couldn’t do that if it weren’t for the ground-breaking thinking and leadership of our employees. We thank Patrick for the contributions he’s made to our industry, and congratulate him on this well-deserved award.”

INSA established the Achievement Awards in 2010. Each award is named for a recipient of the William Oliver Baker Award, which INSA presents annually to an individual for their sustained contributions to U.S. intelligence and national security affairs.

Vencore’s Curtis was recently named one of WashingtonExec’s Top 25 GovCon Execs To Watch in 2018.

Curtis has led the Veritas Capital-owned Vencore since 2013, overseeing a 4,000-employee IT services behemoth serving the federal government. Vencore is in the midst of a planned merger with DXC Technology’s public sector business and KeyPoint Government Solutions, which would establish a leading independent publicly traded federal IT services contractor. The merger is expected to be finalized by late March, subject to regulatory approvals and customary closing conditions. Curtis is no stranger to merger activity, having previously led Vencore’s integration and rebranding efforts after acquiring QinetiQ North America’s services unit — a move that nearly doubled Vencore’s size.