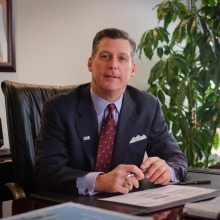 Curtis has led the Veritas Capital-owned Vencore since 2013, a 4,000-employee IT services behemoth serving the federal government. Late last year came the announcement that Vencore would merge with DXC Technology’s public sector business and KeyPoint Government Solutions to establish a leading independent publicly traded federal IT services contractor. The merger is expected to be finalized by late March, subject to regulatory approvals and customary closing conditions. By no means is this Curtis’ first merger: most recently, he successfully led Vencore’s integration and rebranding efforts after acquiring QinetiQ North America’s services unit — a move that nearly doubled Vencore’s size.

Once this deal is finalized, all eyes with be on Curtis on his next move to consolidate the cultures and the workforces of this newly formed public company — and unveiling the new name as well. The new entity starts with roughly $4.3 billion in combined revenues and over 14,000 employees.