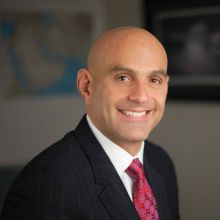 SOSi International LLC President and CEO Julian Setian has been selected to serve on the Professional Services Council executive committee.

“PSC is a critical partner of the federal government,” Setian said. “I am honored to have been asked to join the executive committee and look forward to representing the interests and viewpoints of the large, mid-tier companies in the space.”

Setian joined PSC’s board of directors in 2017. He joined SOSi, a company founded by his mother, in 1995 and has served as its president and CEO since 2001. Both SOSi and Setian were nominees for 2017 GovCon Awards, with SOSi nominated for Contractor of the Year ($75 million to $300 million) and Setian nominated for the Executive of the Year Award ($75 million to $300 million).