You are at:Home»Execs to Know»NS2 Serves Taps John Campbell To Serve as New Chairman 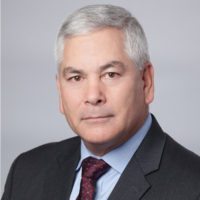 NS2 Serves has appointed retired Army Gen. John Campbell as chairman, tapping him to lead the nonprofit’s mission of training and employing veterans in high-tech careers.

Campbell will step in for the program’s founding chairman, retired Vice Adm. Joseph Kernan, whom the Senate unanimously confirmed as undersecretary of defense for intelligence in November 2017. Kernan was instrumental in shaping the nonprofit’s mission of helping veterans gain valuable technology certifications and enjoy long-lasting post-military tech careers.

Campbell said he was “humbled and honored” to work with NS2 Serves, and have the opportunity to make a difference for veterans and their families.

“NS2 Serves enables veterans to learn skill sets that are absolutely game changers for them and their families,” Campbell said. “The passion and dedication of the folks from SAP NS2 that work tirelessly in this endeavor are inspiring to be around.”

Campbell retired from the U.S. Army in May 2016, after 37 years of active duty service. He was most recently the commander of NATO forces for the ISAF/Resolute Support Mission and Commander of U.S. Forces—Afghanistan from August 2014 to March of 2016. Prior to this command assignment, he served as the 34th vice chief of staff of the U.S. Army; the second highest ranking officer for 1.1 million in the U.S. Army. Prior to serving as vice chief, Campbell was the deputy chief of staff for operations-G3, 5 and 7, running day-to-day operations of the Army.

NS2 Serves has helped train and employ over 160 veterans to date, and welcomed a new class of 20 veterans for its spring session Feb. 19, at the National Conference Center in Leesburg, Virginia. NS2 Serves plans additional classes for the summer and fall of 2018, and is looking to help more veterans “make the transition from combat boots to business suits.”