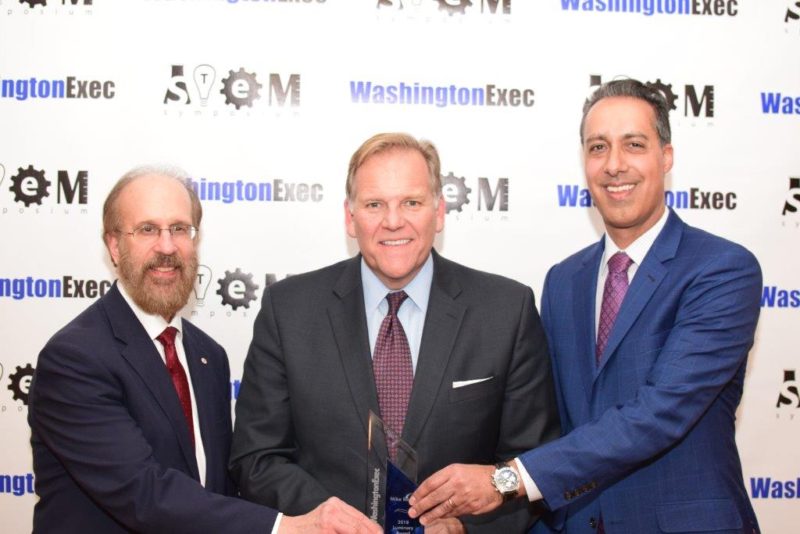 WashingtonExec has awarded a former member of Congress and national security expert with its Luminary Award, as a testament to his work supporting the men and women on the frontlines of the intelligence community.

Mike Rogers, former representative for Michigan’s 8th congressional district and chairman of the Permanent Select Committee on Intelligence, accepted the award Feb. 22 when he spoke to WashingtonExec’s Leadership Council.

“It was my honor and pleasure to present our seventh annual Luminary Award,” said Greg Baroni, chairman and CEO of Attain and WashingtonExec’s Leadership Council chair. “Mike Rogers is a patriot and one of our nation’s foremost cybersecurity experts. I’m proud to have been part of celebrating his commendable service to our country and his unwavering dedication to keeping our nation safe.”

The Luminary Award is bestowed upon those who showcase true leadership in the face of tough decisions and/or unpopular opinion. Last year’s recipient was James Clapper, retired Air Force lieutenant general and former director of national intelligence, and the year prior, Michael Chertoff, former homeland security secretary and founder of The Chertoff Group, received the honor.