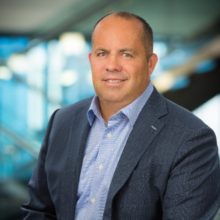 SOS International LLC has announced John Avalos, the company’s chief operating officer, has been selected to serve on the Intelligence and National Security Alliance Advisory Committee.

INSA provides a nonpartisan forum for collaboration between the public, private, and academic sectors of the intelligence and national security communities, seeking to promote practical and creative solutions to national security problems. The newly constituted INSA Advisory Committee helps assess how INSA can best accomplish its mission, and is the main planning and execution element for INSA activities.

Avalos joined SOSi in 2017 to lead day-to-day operations. He has had a long career in the national security business, having served as head of business development for Booz Allen Hamilton and as a vice president for BAE Systems’ intelligence and security sector, among other roles with defense and intelligence organizations.