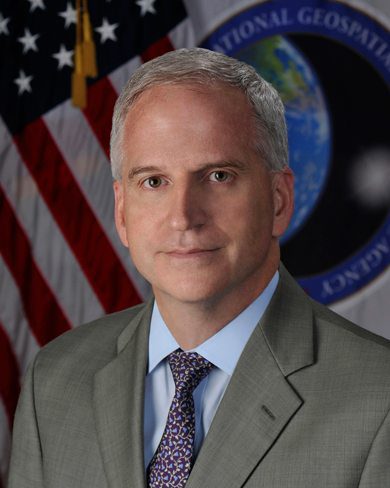 In November, Michael Morell sat down with Robert Cardillo, director of the National Geospatial-Intelligence Agency, as part of his podcast, “Intelligence Matters.” In this episode, the two discussed the agency’s mission, President Barack Obama’s leadership style and technology NGA used in creating a model replica of Osama bin Laden’s compound as part of preparation for the raid.

Cardillo entered the intelligence community by joining the Defense Intelligence Agency as a research specialist and photographic interpreter after studying government at Cornell University.

From 2010-2014, he served as deputy director of national intelligence for intelligence integration under Obama. In that role, Cardillo not only briefed the president most mornings but ensured the best understanding by deciding the order, visuals and specifics to share.

Reflecting on that time, Cardillo said every president has a different learning style — there’s no one way to provide these briefings. As Obama was a studious reader, “he would be intensely focused on whatever you put in front of him,” Cardillo said, adding how he provided the writings first thing in the morning and then later, additional information or subject matter experts would be brought in.

In 2014, Cardillo became the sixth director of NGA. While the agency has had to adapt to new technology and threats, its mission hasn’t changed: to know the Earth, show the way and understand the world. NGA does this by exploiting and analyzing imagery and geospatial information to describe, assess and visually depict physical features and geographically referenced activities on Earth.

One of NGA’s major contributions in history is the photo imagery provided to President John F. Kennedy during the Cuban Missile Crisis. Similar technology is used today to display nuclear threats in North Korea, Cardillo said.

“The same way that Art Lundahl dropped pictures on Kennedy’s desk showing him the threat of nuclear-tipped mobile missiles in Cuba, it’s the same way that I have the responsibility to show President Trump and his team and General Mattis nuclear-tipped mobile missile threat in Korea,” he said. “Even though it’s been 55 years since that crisis, our responsibility hasn’t changed. We owe them time and space. Time to make the decision and space to take the action.”

Another historically important decision took place May, 2, 2011, when Obama green-lighted the raid at bin Laden’s Abbottabad compound. That decision was made after he received intelligence about bin Laden’s whereabouts from NGA, the National Security Agency and the CIA.

Cardillo explained the human-driven case led agencies to the facility, and “at the end of the day, it was still an assessment; it was not a ‘we know this,’” he said. NGA used model replicas to help in making and explaining the case to Obama and for those executing the mission to rehearse where to go.

To hear more about NGA and Cardillo, click here.