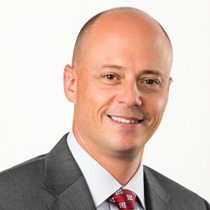 LGS Innovations has been chosen to develop a free space optical modem that NASA hopes will form a key building block for a next-generation laser communication system.

LGS will support NASA’s Integrated Laser Communication Relay Demonstration Low-Earth Orbit User Modem and Amplifier project, or ILLUMA. The ILLUMA modem will be the agency’s first-ever integrated-photonics modem, and it will be tested aboard the International Space Station, in the first demonstration of a fully operational, end-to-end optical communications system, according to LGS.

“The LGS modem will not only provide the space station a next generation optical communications terminal, but will also allow for improved size, weight, and power over previous RF communications systems,” Kelly said. “By increasing communications efficiency, we will help facilitate a faster exchange of data to the scientific community.”

The ILLUMA program will use lasers to encode and transmit data at rates 10 to 100 times faster than today’s communications equipment, requiring significantly less mass and power than equivalent RF communications systems, LGS said. The optical modem will communicate data from the ISS to ground and back via the NASA Laser Communication Relay Demonstration satellite, which will fly in a geosynchronous orbit.

The new laser communications system will greatly increase the amount of scientific data transferred from the ISS, while supporting multiple channels of ultra-high-definition video to and from space, LGS said.

LGS is also working with NASA on the laser transmitter assembly on the Deep Space Optical Communications instrument that will be used during NASA’s upcoming Psyche mission. The Psyche project will send a probe on a 3.5-year journey to examine a rare nickel-iron asteroid in the solar system’s asteroid belt, in an effort to learn more about the building blocks of planets.

Related: LGS Innovations’ Kevin Kelly on the Power of STEM