You are at:Home»Execs to Know»Exec Moves»Altamira Hires Rod Fontecilla as New CTO 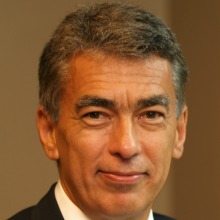 Fontecilla will head the company’s innovation program and assess new technology solutions, Altamira said. He will report to Ted Davies, Altamira’s chairman and CEO, who said he was excited to welcome Fontecilla to the executive team.

“The timing could not be better, as we continue to bring new solutions to our customers in the dynamic national security market,” Davies said. “We expect to inject Rod’s expertise into our portfolio of data science and analytics programs and welcome his leadership across the full spectrum of our advanced engineering work.”

Before joining Altamira, Fontecilla was a vice president at Unisys, where he built and led its global data analytics practice. He has previously held executive roles at Sevatec and Booz Allen Hamilton, and has worked on application modernization, cloud development and migration, cybersecurity and technology assessments efforts throughout his career.

The move was announced shortly after Altamira promoted a new president, former Chief Strategy Officer Jonathan Moneymaker. Moneymaker, who joined Altamira in 2014, has helped lead the company to strong growth and earn recognition as the GovCon Contractor of the Year in the $75 million – $300 million category.