You are at:Home»Execs to Know»Exec Moves»ManTech Promotes Kevin Phillips To CEO 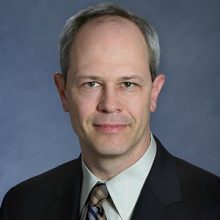 Phillips, who joined the company in 2002 through ManTech’s acquisition of CTX Corp., was named president and COO in 2016, after serving as chief financial officer from 2005-2016. He also has served as corporate vice president, assistant to the chairman and chief of staff, positions in which he played active roles in the integration of acquisitions and other strategic business issues.

The company’s current CEO and co-founder, George Pedersen, will transition to the role of executive chairman. He will continue to serve as chairman of the company’s board. Phillips will join ManTech’s board as well, the company said.

Northwind Partners Managing Partner Mark HuYoung said the move reflected Pederson’s faith in Phillips’ leadership abilities, as well as Phillips’ credibility both within ManTech and the federal government marketplace as a whole.

“No other enterprise leader has a more intimate understanding of both the operations and financial position of the company than Kevin does (having been with the company for 15 years and served in both the CFO and COO capacities),” HuYoung said. “Kevin is well-regarded and respected within this organization and in the market.”

“Kevin is a well-known and highly respected industry leader,” Kipps said. “It is great to see him get this well-deserved leadership role within such an industry player.”