You are at:Home»Execs to Know»Exec Moves»Suntiva Adds Former DHS CIO McCormack To Board of Advisers 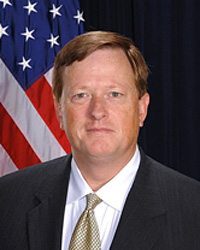 Suntiva has added Luke McCormack, who recently retired as the chief information officer for the Homeland Security Department, to its board of advisers.

At DHS, McCormack’s role involved providing strategic direction, cybersecurity services and oversight of IT projects. He also served as vice chair of the federal CIO Council.

Suntiva Founder and CEO Hany Malik said he was “thrilled and honored” to welcome the former government official on board.

“He brings extensive IT and leadership expertise from both the public and private sectors,” Malik said. “His appointment reflects Suntiva’s commitment to becoming the firm of choice in helping government agencies develop and implement effective digital transformation initiatives.”

Before joining DHS, McCormack served as the Justice Department’s deputy assistant attorney general for information resources management and CIO. He also served as CIO for DHS Immigration and Customs Enforcement, and held several senior IT management roles within Customs and Border Protection.

He received numerous awards and honors during his tenure at ICE, including the Secretary of Homeland Security’s silver award — the second highest award at DHS — as well as a presidential meritorious award for his outstanding efforts in IT.

Before joining the federal government, McCormack worked in the private sector, for companies including MCI and Ford Aerospace. He earned an MBA from the Smith School, University of Maryland, and holds key certifications from Columbia University and the National Defense University.