You are at:Home»Events»A Conversation with 2017 GovCon Award Finalist Ted Davies 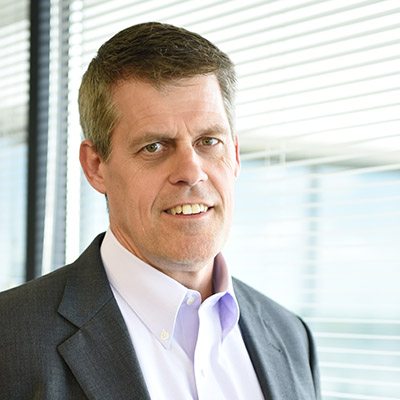 On Nov. 1, winners of the 15th annual GovCon Awards will be announced. While the competition is fierce, Ted Davies, president and CEO of Altamira Technologies Corp., sees his company’s nomination for Contractor of the Year ($75 million to $300 million) as “validation that we are on the right track.”

Wells Fargo Capital Finance is a sponsor of this year’s awards. Senior Vice President and Regional Manager Greg Wheeless said, “Altamira is a growing high-tech government contractor that is meeting the cutting-edge needs of the intel community and the Department of Defense.  Led by Ted Davies, the company is helping its government clients with multi-intelligence analysis, data science & engineering, battlespace awareness, cybersecurity, and space superiority.  With a strong backlog and prime positions on high-priority IC contract vehicles, Altamira is well positioned for continued growth and success.”

WashingtonExec chatted with Davies about Altamira’s recent achievements and how the company differs from its competition.

WashingtonExec: What sets Altamira apart from its competitors?

Ted Davies: We bring the agility of a small company and the scale and experience of a large company to everything that we do. This means that when we need to make decisions or pivot, we can do that quickly.

It also means that we have sophisticated processes and the ability to make R&D investments to get ahead of customer needs. We have also built innovation into our culture and have invested in people programs that have earned us multiple “best places to work” awards. This allows us to attract and retain top talent.

WashingtonExec: What accomplishment are you most proud of that Altamira has achieved this year?

Ted Davies: Fully integrating two great business that we acquired (Prime Solutions and APG Technologies) and utilizing their capabilities to bid new work has been exciting. Winning more work with the National Reconnaissance Office, the National Geospatial-Intelligence Agency and the Air Force this year has continued to drive our momentum in the market. More recently, capturing a new contract with the Air Force Research Laboratory that leverages our investment around new RF technologies is gratifying.

WashingtonExec: How does feel to have Altamira nominated for Contractor of the Year ($75 million to $300 million)?

Ted Davies: Validation that we are on the right track. You are never done; you have to keep evolving and adapting to the business environment and market, but being a finalist two years in a row (now in a larger category) definitely lets us know that we are moving in the right direction.

WashingtonExec: What obstacles will be most challenging in the upcoming year or two?

Ted Davies: The budget uncertainty continues to top my list. While prospects look good for funding growth in our part of the market, the uncertainty decision makers in the government face in the “constant CR” environment, slows acquisitions and distracts from the mission focus required in today’s dangerous world. Additionally, it would be nice to see some real progress around fixing a broken security clearance processing system.

WashingtonExec: What is the work culture like at Altamira?​

Ted Davies: We continue to build a culture that engages great people to accomplish great things. We are all passionate about mission success as there is no greater mission than keeping our country safe. We also believe in strong recognition and rewards programs, opportunities for career growth, creating multiple venues for our people to engage with our company and giving back to our communities.

WashingtonExec: What is something most people don’t know about you?

Ted Davies: After years playing and coaching rugby, I remain passionate about anything involving outdoor physical challenges: hiking mountains, running rapids or biking 100+ miles are all part of my “down time” activities.