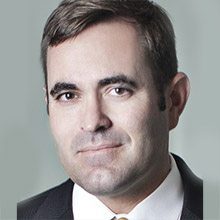 Among the awardees was Ashburn, Virginia-based Apcerto, which received $1.6 million to research solutions for normalizing and rating mobile applications based on predefined standards. The money will also go toward developing a framework for orchestrating the entire mobile application security process.

“Government clients need an automated way to orchestrate mobile security to keep up with mission demand,” Apcerto President Tom Suder said. “We are pleased to partner with DHS S&T on this important effort.”

The awards, made through DHS’ Science and Technology Directorate, focus on continuous validation and threat protection for mobile apps and integrating security throughout the mobile app lifecycle. DHS is also working on developing a security framework and integrated models that will enable the development of secure mobile apps for mission use by DHS components, other government agencies and enterprise organizations.

“Adversaries can use a compromised or vulnerable mobile app as an avenue to target and gain a foothold on a user’s device,” Acting Undersecretary for Science and Technology William N. Bryan said. “The Mobile Application Security project will deliver innovative security solutions that will ensure apps used by government personnel and the public are secure.”

The other recipients of Mobile Application Security awards include Qualcomm Technologies, which got $1.8 million; Lookout, which was awarded $1.8 million; United Technologies Researcher Center, which received $1.45 million; and Red Hat Inc. and Kryptowire LLC, which were jointly awarded $1.9 million.

DHS recently submitted a report to Congress on threats related to the federal use of mobile devices, recommending several security improvements

The DHS Science and Technology Directorate led the study in coordination with the National Institute of Standards and Technology and its National Cybersecurity Center of Excellence.