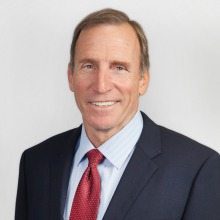 Joseph Kernan put on a naval uniform at age 18, and retired it at age 58.

Between those two end points, this retired Navy SEAL admiral built up a career—including a stretch as senior military assistant to former Secretary of Defense Robert Gates — that explains everything you need to know about his current passion for helping fellow veterans transition into the workforce.

“In a personal sense, my success is as much on my fellow enlisted men and women as it is upon myself and my family, who supported me,” says Kernan, the son of an Air Force pilot and Air Force nurse who graduated from the United States Naval Academy and National Defense University, and later served as commander of the Naval Special Warfare Command, the U.S. Fourth Fleet and the U.S. Southern Command. Kernan was also recently nominated by President Donald Trump to serve as undersecretary of defense for intelligence.

That slew of experience, capped by 30 military awards and recognitions, including the Bronze Star Medal for heroism and valor in combat, has shaped Kernan’s keen understanding of the sacrifices veterans make, and the challenges they must endure, long after they leave the Armed Forces and face the uncertainty of transition back into civilian life. Kernan’s philosophy on it all is pretty straightforward.

“Helping veterans means giving them an avenue to a career,” Kernan says.

The ensuing credentials veterans receive, as a “Certified SAP Associate,” provide a launching point for graduates to branch off into a multitude of jobs in information technology. Subsequent employment opportunities have, to date, included job placements at such leading companies as Accenture Federal, Deloitte, Lockheed Martin and CSC, as well as government agencies such as the Agriculture Department.

The impetus for Kernan’s involvement with NS2 Serves, in post-retirement, was a personal invitation he received from Mark Testoni, a fellow veteran (of the U.S. Air Force) and current president and CEO of SAP National Security Services.

In 2013, Testoni approached Kernan to serve as the technology solutions provider’s senior vice president of corporate development, with the intent of bringing partial off-the-shelf technology into the national security space; Kernan soon became chairman of the company’s nonprofit arm, NS2 Serves, as well. The opportunity, especially with the latter’s focus on helping fellow veterans secure high-tech training and subsequent job placement, was simply too important to pass up, Kernan says.

Simply put, the resources presented to veterans at the time felt a little lacking, Kernan says. He wanted to change that.

“I know the military is working hard on their transition assistance program, which every service has,” Kernan says. “Our focus was, ‘That’s great that you prepare them but how do you actually get them something that ends up as a substantive job — and a second career — for them to take care of themselves and their families.” 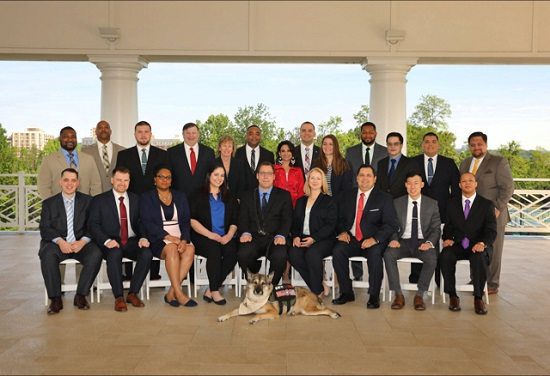 Honing in on that question was the launching point for SAP NS2’s NS2 Serves program. The program, which one veteran graduate hailed as a “Powerball lottery ticket,” spans 11 weeks of intense training —beyond SAP software training, core areas of training include business analytics, design and supply chain logistics — largely taught at a SAP satellite facility in San Antonio, Texas, and prior to that, in Leesburg, Virginia, as well as in Washington, D.C., (the latter at a conference center, twice a year).

The program is geared toward post-9/11-era veterans; everyone from Marine infantrymen to Army truck drivers have successfully applied.

But it isn’t just a job these veterans secure; it’s a place in the world, Kernan says. Especially, he adds, after what many have already endured in the name of service.

“What many of these veterans have seen overseas, what they have seen in combat, it’s pretty extraordinary,” Kernan says. “It’s not an easy thing to go through, yet those experiences are mitigated by having a career, and being able to provide for their families — that gives them focus.”

Kernan is quick to point out, however, the program isn’t a handout. Far from it, he adds.

“Young veterans coming out of the service don’t want a handout; they’ve got the skillsets and they’ve certainly got the character and integrity developed over five or six years,” Kernan says. “All they want is an opportunity to succeed in the civilian sector.”

To date, more than 140 veterans have graduated, with nearly 100 percent placement in the IT field.
But to truly understand the program’s impact, Kernan says, you need to attend an NS2 Serves graduation ceremony.

“When you sit there, and hear students talk—there isn’t a dry eye in the place,” Kernan says. “The families are sitting out there  —and to see what graduating means to their family member, when they have an opportunity for a career in front of them, there’s just no other word for it– it’s just pretty extraordinary.”